Doing things differently: The story behind the promising chemical probe developed by OICR and the Structural Genomics Consortium 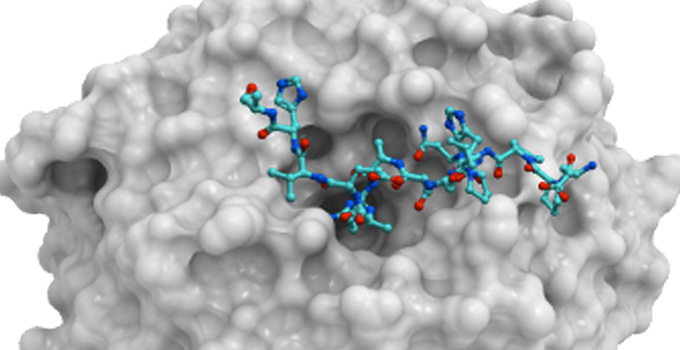 A recent collaboration between researchers at OICR and the Structural Genomics Consortium (SGC) used a new open-source approach to early stage drug discovery to develop and share without restrictions a drug-like molecule (or chemical probe) called OICR-9429 in an effort to crowd-source cancer research. OICR-9429 specifically inhibits a protein called WDR5 and can be used to investigate its function in a cell.

“Testing a new cancer treatment takes significant time and resources and unfortunately many attempts fail late in the development process. Also, most of the research activities are carried out in parallel and without enough collaboration. This leads to the duplication of a great amount of effort and raises the cost of cancer drugs that do make it to the clinic,” explains Dr. Cheryl Arrowsmith, Chief Scientist at SGC Toronto.

By making early stage drug-like compounds such as OICR-9429 available, OICR and the SGC are enabling researchers to rapidly test new treatment strategies and facilitate sharing of the results. Arrowsmith notes that in the time it would normally take to negotiate a legal material-transfer agreement to provide the chemical probe to others they were able to get research results back from two groups.

Note: Above is an excerpt of a story that was originally published by Advance for Laboratory. To read the full story please visit: http://laboratory-manager.advanceweb.com/Features/Articles/Crowd-sourcin…