News and Media
Drug combination results in longer survival for patients with recurrent and advanced ovarian cancer
An OICR-supported research team at the Princess Margaret Cancer Centre has shown that adding a targeted drug to chemotherapy results in longer survival and a stronger response to treatment in a difficult-to-treat form of ovarian cancer.

An OICR-supported research team at the Princess Margaret Cancer Centre has shown that adding a targeted drug to chemotherapy results in longer survival and a stronger response to treatment in a difficult-to-treat form of ovarian cancer.

When a patient’s ovarian cancer becomes resistant to treatment, the patient has few alternative options and faces an estimated survival of less than 18 months. This is a reality for approximately one in four women with the disease.

Against this challenge, a team OICR-supported through OICR’s Ovarian Cancer Translational Research Initiative (TRI), headed by Dr. Stephanie Lheureux, Princess Margaret (PM) Clinician Investigator and Dr. Amit Oza, PM Senior Scientist and OICR TRI leader, led a Phase II clinical trial including nearly 100 women across 11 centres to evaluate the combination therapy of adavosterib and gemcitabine. Their discoveries, which were recently published in The Lancet, demonstrated that this combination increased survival by 4.3 months relative to chemotherapy and placebo alone. 23 per cent of patients’ cancers responded to the chemotherapy, in contrast to a 6 per cent response rate seen using chemotherapy alone.

“By combing two drugs, we were able to change the trajectory of cancer for a high-risk group of women with advanced disease who did not have many choices left,” says Oza, Medical Director of the Cancer Clinical Research Unit and Co-Director of the Bras Drug Development Program at Princess Margaret Cancer Centre. “That is significant.”

Lead author Dr. Stephanie Lheureux says that the study provides a signal of hope for women with ovarian cancer who develop drug-resistance to treatment. The study included some women who had received up to eight different previous treatments which had stopped working.

“As we learn more and more about the biology of tumours, we can target treatments more precisely to the molecular changes in a cancer to improve the type and response of our treatments. That will change outcomes for patients,” says Lheureux, who is also the Princess Margaret Site Lead for Gynecological Oncology. “I want our patients to know there is hope to find better treatment to control their cancer.”

By combing two drugs, we were able to change the trajectory of cancer for a high-risk group of women with advanced disease who did not have many choices left

The patients’ tumours were biopsied before and during treatment to assess the effectiveness of the drug regimens. Analysis of genetic mutations and changes in DNA damage response pathways was performed by the Joint Genomics Program at OICR and the Princess Margaret Cancer Centre.

“This discovery underscores the importance of bringing scientists and clinicians together to tackle difficult questions from different perspectives to offer new insights into the biology of cancer,” says Dr. Laszlo Radvanyi, President and Scientific Director, Ontario Institute for Cancer Research. “It shows how we can push these damaged cancer cells right smack into mitotic catastrophe to their demise. This clinical trial has validated good science that has begun to uncover how a cancer cell’s own DNA repair mechanism can be used against it and capitalizes on this unique vulnerability by combining drugs in a smart way. The small-molecule DNA repair inhibitors used in this study targeting the G2-M checkpoint hold great promise as chemotherapy enhancers by further damaging and ultimately destroying tumour cells, thereby overcoming treatment-resistant ovarian cancer.”

In addition to improving overall survival by 4.3 months, the combination of adavosertib and gemcitabine improved progression-free survival by 1.6 months relative to chemotherapy alone.

“Taken together, these three outcomes give us a strong signal that we can potentially improve survival for these patients who face bleak prospects,” says Dr. Oza, adding that the study carefully co-ordinated patients with similar genomic backgrounds with a targeted drug that exploits a defect in cancer cells.

“This is precision medicine at its best,” he adds. “This is how we will develop better treatments for our patients.”

Further, they discovered that the drug adavosertib could effectively target tumour cells that harbour the key TP53 mutation.

“We exploited a fatal flaw in cell division, diverting and stopping the damaged cells from growing into a tumour,” explains Lheureux. “We showed the potential of targeting the cell cycle in a specific subgroup of patients with highly resistant ovarian cancer. This opens up new avenues of treatment possibilities.”

The research group now plans to evaluate the impact of this combination on patients’ quality of life and analyze patients’ blood samples to search for blood-based indicators of treatment resistance. 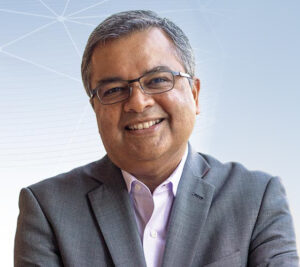 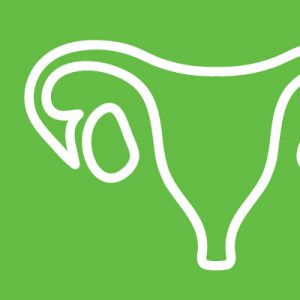