News and Media
Finding new ways to prevent virus-induced stomach cancers
The link between some viruses and cancer has long been established. Now, researchers like OICR’s Dr. Ivan Borozan are using genomic sequencing to analyze common viruses like Epstein-Barr (also called human herpes virus 4). This knowledge could ultimately be used to develop new therapeutic vaccines to keep these viruses from taking hold in the body and prevent associated cancers from ever developing in the first place. 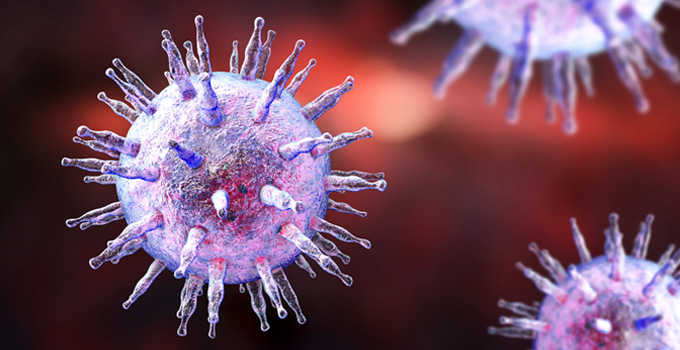 The link between some viruses and cancer has long been established. Now, researchers like OICR’s Dr. Ivan Borozan are using genomic sequencing to analyze common viruses like Epstein-Barr (also called human herpes virus 4). This knowledge could ultimately be used to develop new therapeutic vaccines to keep these viruses from taking hold in the body and prevent associated cancers from ever developing in the first place.

Epstein-Barr virus (EBV) is one of the most common viruses found in humans, infecting more than 90 per cent of people worldwide. This virus can cause a variety of cancers, including gastric carcinoma (GC), more commonly known as stomach cancer. There are many EBV variants and little is known about how EBV infection induces GC. 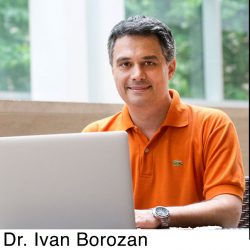 Dr. Ivan Borozan, a Scientific Associate working in a research group led by Dr. Vincent Ferretti, is interested in whether particular variants of EBV are more commonly associated with cancer than others. Working with Prof. Lori Frappier, a virologist and EBV expert at the University of Toronto, Borozan and the research group are helping demystify the role of EBV in stomach cancer.

The collaborative research group downloaded and dissected more than 200 whole GC genomes. They sifted through each individual genome, mining the data for parts that are not part of human DNA. Then they pursued the non-human DNA, searching for viral DNA that was hiding within. They found 13 GCs that contained EBV, then assembled these newly-found EBV genome sequences.

In Borozan’s recent paper, published in the Journal of Virology, they reported the results of this investigation. By comparing different strains of EBV, they identified changes in the EBV gene sequences significantly associated with GC. They then determined which of these EBV genes are expressed in GCs. Their hypothesis is that some of these proteins may be responsible for the transformation of normal cells into cancerous ones.

This type of computational genome analysis has provided new directions for future EBV research and can be used to better understand the link between EBV infection and GC. Frappier can now look into the viral proteins identified in this study to experimentally determine which proteins have a transformative effect on the cell.

“If we can identify a particular EBV strain that expresses a particular set of proteins causing GC, then we could devise a vaccine that could target that particular strain of the virus,” says Borozan. With a better understanding of the viruses that cause cancer, researchers can create vaccines to turn the immune system against them, preventing these cancers from ever developing in the first place.

By analyzing the new and preexisting EBV sequences, Borozan has engaged in the most extensive sequence analysis of EBV isolates to date. This research is part of a larger study where OICR’s Genome Informatics group, led by Ferretti, is looking at the role of viruses across many different types of cancer. The researchers are experts in analyzing data generated by next-generation sequencing using computational approaches. They use their powerful algorithms, software and databases to advance the knowledge of and treatment of cancer.