News and Media
From our Annual Report: Constructing the cloud
OICR’s reputation as leader in managing and analyzing big data has grown over the past year as the Institute has worked with private and public partners to bring more genomic and health data to the cloud. 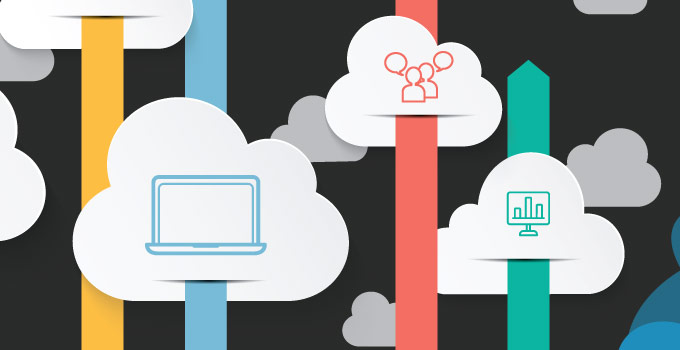 OICR’s reputation as leader in managing and analyzing big data has grown over the past year as the Institute has worked with private and public partners to bring more genomic and health data to the cloud.

As the host of the Data Coordination Centre for the International Cancer Genome Consortium (ICGC), OICR hosts one of the world’s most important cancer genomics data sets.

In November 2015 the ICGC announced that 1,200 of its encrypted cancer whole genome sequences were being made available in the cloud via a partnership with Amazon Web Services, allowing access to the data by authorized cancer researchers worldwide. Increased access to the data means more collaboration and will hopefully lead to the acceleration of new treatments for cancer patients.

In March 2016 OICR joined the Collaborative Cancer Cloud (CCC), an initiative started in 2015 by the Knight Cancer Institute and Intel Corporation. Along with the Dana Farber Cancer Institute, OICR was the first of what will soon be dozens of institutions to join the CCC, which allows for secure computation of large datasets across many different sites while still preserving local control of those data.

Partnerships like those with Amazon Web Services and the CCC help to break the current bottleneck and make collaboration faster, more flexible and more cost-effective.

Both partnerships illustrate the need for public and private institutions to work together and, more fundamentally, the importance of making more data accessible to researchers through the cloud.

Major improvements in sequencing technology have made genome sequencing far more accessible to the research community. But analyzing, moving and sharing these massive data sets has become a major bottleneck due to both cost and time. Large-scale sequencing projects like the ICGC are now well underway, but their impact will be limited if researchers can’t access these data sets quickly and cost effectively.

Working with the Global Alliance for Genomics and Health, OICR is also ensuring that these data can be shared in a standardized and interoperable fashion to ensure greatest impact for patients.

Partnerships like those with Amazon Web Services and the CCC help to break the current bottleneck and make collaboration faster, more flexible and more cost-effective.

”Cloud services allow researchers to access cloud-based virtual computers from their desktop as they need them and only pay for the time they use,” says Dr. Lincoln Stein, Director of OICR’s Informatics and Biocomputing Program. “This means a large genome data set might take days or weeks to execute instead of months, which accelerates the pace at which research can be conducted and means that new discoveries can get to patients sooner.”