News and Media
How OICR is helping to boost the body’s ability to fight cancer
The body’s immune system is incredibly powerful. Its ability to detect and destroy various pathogens makes it central to maintaining good health. While we all know the role it plays in fighting the common cold or flu, many do not know that it has recently been enlisted by scientists in the fight against cancer. Researchers in a field known as immuno-oncology are working to find ways to turn on the body’s defences to locate and destroy tumour cells. OICR recently established a team of expert scientists and clinicians to develop and test new immunotherapies to help patients. 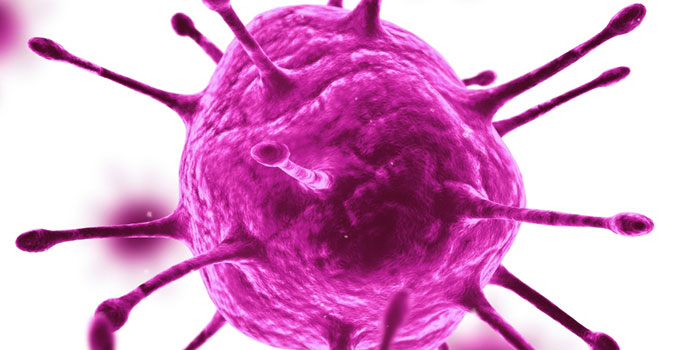 The body’s immune system is incredibly powerful. Its ability to detect and destroy various pathogens makes it central to maintaining good health. While we all know the role it plays in fighting the common cold or flu, many do not know that it has recently been enlisted by scientists in the fight against cancer. Researchers in a field known as immuno-oncology are working to find ways to turn on the body’s defences to locate and destroy tumour cells. OICR recently established a team of expert scientists and clinicians to develop and test new immunotherapies to help patients.

In May, OICR announced $24 million in new funding for translational research, which included the establishment of four new Translational Research Initiatives (TRIs). These interdisciplinary teams are tackling the challenges in diagnosing and treating some of the most deadly forms of cancer by bringing together some of Ontario’s top researchers and clinicians.

The beginnings of one of the most exciting and promising current approaches to cancer therapy can be traced to the eighteenth century. After some patients had their cancer go into remission following “feverish infections”, some scientists asked if the body’s natural defences could be used to attack the disease. Later, in the 1890s, Dr. William Coley was the first to take a hard look at this possibility and he would go on to treat patients for decades with a bacterial agent known as ‘Coley’s toxin’, with some success. However, Coley was never able to gain widespread support from the medical community.

Despite interest in the concept resurfacing a few times over the next century, the promise of immunotherapy for the most part lied dormant – until recently. Over the last decade immuno-oncology has become one of the most promising areas in cancer research, grabbing the attention of scientists, clinicians, patients and industry. Recently, OICR established an all-star team of immunotherapy researchers in its new Immuno-oncology Translational Research Initiative (TRI) called ACTION to capitalize on Ontario’s strength in the field and bring new life-saving therapies to patients.

ACTION is one of five TRIs recently funded by OICR. TRIs take a fresh approach to some of the most challenging issues in cancer research by constructing multidisciplinary teams of researchers and clinicians. A defining feature of OICR’s TRIs is that they provide a strong link between the lab and the clinic – each initiative is co-led by both a scientist and an oncologist.

Dr. John Bell, one of the world’s foremost leaders in immuno-oncology research, is the initiative’s scientific leader. He was also the Director of OICR’s preceding efforts in immuno-oncology, which were conducted within the ORBiT Program. “Back when we started the first program it took a leap of faith from OICR – ‘immunotherapy’ was a dirty word,” says Bell. “Now as we continue our work with the launch of the ACTION project we have very strong preclinical and clinical evidence that these therapies can work and deserve robust investigation to get them into the clinic to help patients.” Bell is based at the Ottawa Hospital Research Institute.

Dr. Marcus Butler of the Princess Margaret Cancer Centre is the TRI’s clinical lead. “The unique aspect of our TRI is that it’s really focused on developing clinical trials and clinical treatments for patients. We are developing assays to understand how the new treatments are working in human beings,” says Butler. “By having collaboration between the scientists and the clinicians we can actually highlight the areas that need further study that one group may not be able to answer. But, through a collaboration, we can get to the answers.”

The main thrust of the ACTION team’s work will be to develop and clinically evaluate an oncolytic (i.e., cancer killing) virus in combination with two novel immuno-oncology treatment strategies – immune checkpoint inhibitors (ICIs) and adoptive cell therapy. In addition the team will undertake intensive genomic and immune cell analysis of patients undergoing treatment with ICIs to better understand how to identify patients who best respond to immunotherapy. ACTION will also work to support basic immunotherapy research in Ontario.

As with all of OICR’s TRIs, ACTION has a strong focus on clinical translation and improving outcomes for patients. In the short term, the program will expand access to immunotherapy in Ontario by establishing clinical trials, which provide an additional treatment option for those with advanced metastatic cancers. The findings of these trials and knowledge gained from other ACTION activities can then be used to develop and refine immunotherapies to bring them closer to routine clinical use.

“We think this TRI has the potential to be very impactful because we are trying new therapies which we have reason to believe that will be more effective than current therapies,” Bell says. The group is testing their innovative therapies in combination with other therapies to maximize effectiveness. “I think the whole world believes combination strategies are more likely to be effective in patients. We are hopeful that we can prove the safety and potentially the effectiveness of the approach, leading to more trials in which more patients would be enrolled and ultimately to an improved therapeutic.”