News and Media
Importance of large database of genetic variants reinforced in a new study
A newly published paper in Genetics in Medicine has reinforced the fundamental importance of collecting information about genetic variances in a single large database.  With so much important genetic information being used globally to understand the underlying genetic influences of diseases, researchers and clinicians need an accessible repository to share this information. 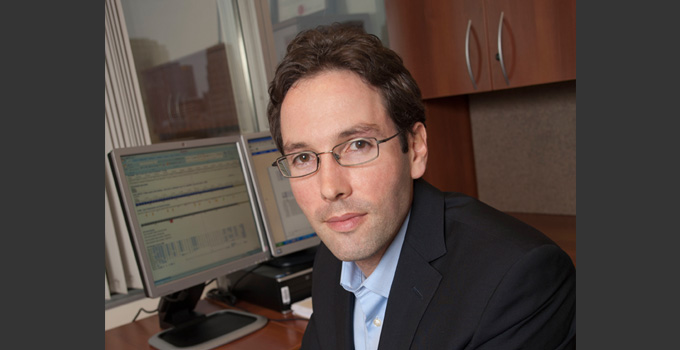 A newly published paper in Genetics in Medicine has reinforced the fundamental importance of collecting information about genetic variances in a single large database.  With so much important genetic information being used globally to understand the underlying genetic influences of diseases, researchers and clinicians need an accessible repository to share this information.

Genetics is still an emerging field and researchers and clinicians are still learning about variations in DNA; what a set of genetic results actually reveals and what difference it makes to people’s lives. Clinical diagnostic laboratories may classify DNA variants differently from each other based on information they have that may not be readily available to the broader community.

The Canadian Open Genetics Repository (opengenetics.ca) was created by Dr. Jordan Lerner Ellis, Head of Advanced Molecular Diagnostics at Mount Sinai Hospital in Toronto who co-leads it with Dr Matthew Lebo at Partners Healthcare in Boston. The database is the first of its kind in Canada that allows for sharing of DNA data between geographically distant laboratories using a common platform.

For example, two genes, BRCA1 and BRCA2, commonly tested in the context of hereditary breast and ovarian cancer, were evaluated to determine if sharing data led to improved variant classification. Interpreting DNA in this context is important because a pathogenic variant has significant implications for managing patients including increased surveillance, preventive surgery and choice of treatment.

Before the launch of the Canadian Open Genetics Repository, individual laboratories were unaware of how their variant classifications compared to others’ and thus healthcare institutions across Canada had no way of evaluating how their test results were interpreted as compared to others.

With ‘precision medicine’ on the rise and as improved treatments and novel management strategies become available, sharing data is becoming increasingly important because more observations are needed to understand the relationship between genetic variation and disease.

The investigators and participants of the Canadian Open Genetics Repository have also partnered with numerous international organizations to connect their database with other data sharing initiatives to make it public and available to the broader community of researchers, patients and clinicians.

The participation of over 22 laboratories across Canada speaks to the importance of this work, based at Mount Sinai Hospital, and the recognition that a collaborative approach can improve the quality of genetic testing to benefit patients and families.

The Canadian Open Genetics Repository was funded by the government of Canada through Genome Canada, the Ontario Genomics Institute (OGI-070), and Can-SHARE. The Can-SHARE project is supported by Genome Quebec; Genome Canada; the government of Canada; the Ministère de l’Économie, Innovation et Exportation du Québec; and the Canadian Institutes of Health Research (fund 141210).

This story has been republished with the permission of the Sinai Health System.