News and Media
From our Annual Report: Improving screening for patients with brain cancer 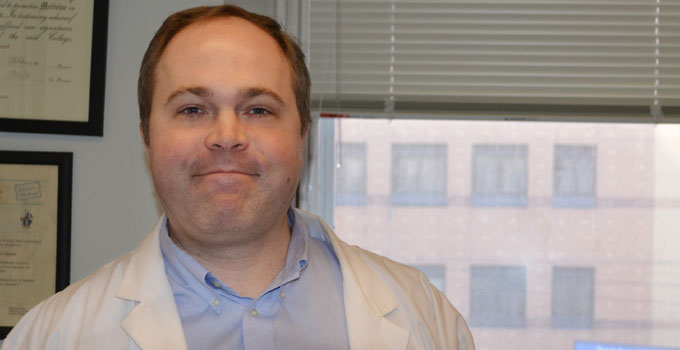 For patients to be enrolled in a clinical trial they need to have already received ‘standard of care’, meaning they have undergone traditional, non-experimental treatment. However, Taylor says, the discovery research done in the lab to get the drugs to a point at  which they can be tested in patients, is performed on cell lines and mice that have not received standard of care.

“The assumption that the biology of a patient’s tumour would remain the same after they receive standard care appears to be part of what is causing some clinical trials for medulloblastoma to fail,” explains Taylor. “Drugs are being targeted at tumour cells that are no longer the same following standard treatment.”

To evaluate the impact of standard of care, Taylor and his team performed microsurgery on mice implanted with medulloblastoma, then gave the mice CAT scan-guided radiation therapy four times a week. This mirrored the standard of care given to children with the disease. Once the medulloblastoma recurred in the mice, the researchers analyzed the cancer cells and found that there was only a five per cent overlap in the tumour biology from before and after standard of care treatment.

“Having only a one-in-twenty chance of the tumour having the target you want to hit is not a very good starting point for a clinical trial,” says Taylor. “This is why my colleagues and I met to agree on a better way forward.” Following a meeting of European and North American medulloblastoma experts in Heidelberg, Germany, many research groups plan to begin to perform biopsies at recurrence. This will help determine if a given drug in a clinical trial can properly target a patient’s tumour.

“We hope that by improving the screening of patients for clinical trials we can provide better outcomes for patients and advance the next generation of treatments for medulloblastoma,” concludes Taylor.