News and Media
From our Annual Report: Investing in the cure and the economy
Ontario has some of the finest cancer researchers in the world who are developing new cancer therapies, diagnostic tools and other anti-cancer technologies. When these novel products make their way into clinical use they improve outcomes for cancer patients and reduce the cancer burden on society. 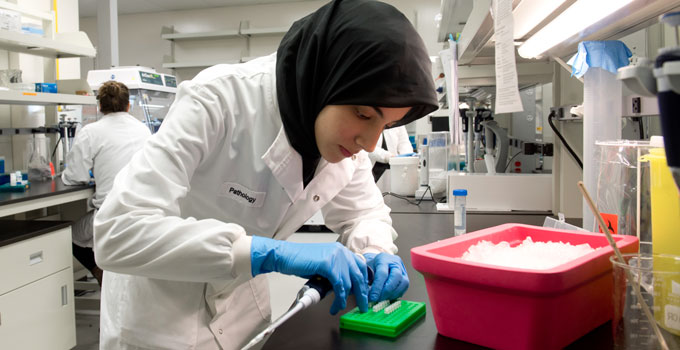 Ontario has some of the finest cancer researchers in the world who are developing new cancer therapies, diagnostic tools and other anti-cancer technologies. When these novel products make their way into clinical use they improve outcomes for cancer patients and reduce the cancer burden on society.

However, it takes more than just years of research to get new technologies into the hospital. It takes investment and business expertise to further develop them and turn them into commercially viable products. The Fight Against Cancer Innovation Trust (FACIT) is working with researchers across Ontario to see that their promising ideas become products that help patients and benefit the province’s economy. FACIT was established by OICR to propel the development and commercialization of discoveries from its own research programs as well as those from cancer researchers across Ontario. Over the last year FACIT was central to the formation of three new companies with a diverse array of anti-cancer technologies. 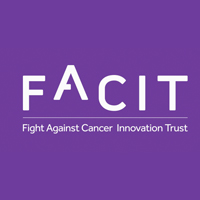 One of the companies formed by FACIT was Turnstone Biologics Inc., which is focused on developing treatments for cancer that stimulate and harness the patient’s own immune system. Turnstone’s technology platform is a first-in-class oncolytic viral immunotherapy and is based upon the research of Dr. John Bell, leader of OICR’s Ontario Regional Bio-therapeutics Program (ORBiT) and Senior Scientist at the Ottawa Hospital Research Institute, Dr. David Stojdl of Children’s Hospital of Eastern Ontario and Dr. Brian Lichty of McMaster University. It combines the benefits of oncolytic viral therapy with a tumour targeted, immune-stimulating vaccine into a single treatment and has great potential. Immunotherapies have recently emerged as one of the most promising forms of treatment for cancer.

OICR and FACIT played a critical role in translating our discoveries…

“Turnstone Biologics is the culmination of a long-term collaboration between the founding scientists, their institutions and many supporters of cancer research across our country,” says Bell. “OICR and FACIT played a critical role in translating our discoveries from the laboratory to the clinic with significant financial and in-kind support to the ORBiT Program. We are now well positioned to accelerate the development of this first oncolytic vaccine, bringing a new hope to patients and building on the recent progress in cancer immunotherapy.”

Mr. Jeff Courtney, FACIT’s Chief Commercial Officer, is pleased with the company’s progress. “Over the last year we have founded the company, secured $11.3 million in Series A financing led by top-tiered healthcare venture capital firm Versant Ventures, and started enrolment in a clinical trial of Turnstone’s oncolytic viral immunotherapy,” says Courtney. “Drug development is a high-risk and capital intensive endeavour, and a committed partner such as Versant with its vast network of resources and partnering experience improves the likelihood of a successful outcome. Turnstone is well-positioned to aggressively accelerate this technology toward clinical use.”

The creation of the startups and their subsequent success reflects the active management and hands-on approach that FACIT employs.

As new forms of treatment such as Turnstone’s immunotherapies begin to emerge, the development of novel and improved forms of traditional therapy types has continued. Scientists in OICR’s Drug Discovery Program, together with collaborators at the University Health Network, discovered and developed a promising new small molecule drug candidate for the treatment of haematological cancers. Getting a new drug such as this into the clinic can take several years and cost hundreds of millions of dollars. To ensure the continued development of the drug candidate, FACIT formed Novera Therapeutics Inc. and the company entered a collaboration with Janssen Biotech, a Johnson & Johnson company. The research collaboration and option and license agreement could potentially provide $450 million to Novera. Under the agreement Janssen will take over responsibility for pre-clinical, clinical and commercial development once it exercises its option.

what is truly important is that we have the right groups at the table to see that this molecule is advanced through development.

Courtney explains the importance of this deal to the development of the Drug Discovery team’s drug candidate. “I don’t want to discount the importance of the financial aspects of this partnership, but what is truly important is that we have the right groups at the table to see that this molecule is advanced through development. Being able to leverage the expertise of a partner like Janssen is crucial to success.”

FACIT also invested in Fusion Pharmaceuticals Inc., because of its unique expertise in creating alpha-emitting therapies and its novel radiotherapeutic FPX- 01 for the treatment of cancer, with the aim of advancing the technology into a Phase I/II clinical trial. FPX-01 is based on a radiolabelled human antibody directed against the cancer cell surface receptor target IGF-1R. For therapeutic effect, the antibody is linked to a high energy, alpha particle-emitting isotope. Unlike previous generations of therapeutic radiopharmaceuticals, alpha (particle)- emitting agents possess a much more favourable safety profile that enables patients to be treated in conventional cancer treatment facilities. When FPX-01 binds to its target it immediately internalizes and accumulates, and the alpha particles then produce breaks in the DNA resulting in the cell’s death. Fusion’s approach is also unique in that images of the cancerous lesion or the effects of FPX-01 can be obtained through the use of a SPECT or PET scan simply by substituting an imaging isotope in place of the therapeutic isotope.

Dr. Michael Cross is General Manager of the Centre for Probe Development and Commercialization (CPDC) Radiopharmaceuticals and one of the key players in setting up Fusion as a spin-off company. OICR was instrumental in the creation of CPDC in 2008, contributing significant funding and resources since its inception. “The guidance and support from FACIT has allowed Fusion to move forward with both drug development and corporate activities that ultimately advanced the company to the point where investors have taken a very keen interest,” he explains. “Because of FACIT, Fusion was in a much stronger position to further its negotiations to in-license a needed antibody construct from a major pharmaceutical company, and provide additional leverage to ensure the amount of funds raised will be sufficient to see the advancement of FPX-01 through Phase I/II clinical development.”

The creation of the startups and their subsequent success reflects the active management and hands-on approach that FACIT employs. This enables stronger value generation for, and positioning of, OICR’s internal and associated discoveries and research. Although it is a relatively young organization, FACIT is gaining momentum and making an impact by catalyzing the development and commercialization of Ontario’s most promising oncology technologies to benefit patients, their families and Ontario’s economy.