News and Media
Large-scale genomic study helps set new course for paediatric brain cancer research
Today’s therapies for medulloblastoma, a highly aggressive form of childhood brain cancer, bring benefits to young patients but also come with serious side effects. Dr. Michael Taylor and a team of international collaborators recently published results in Nature of an ambitious project that analyzed the genomes of around 500 cases of medulloblastoma. Their goal was to identify gene mutations that are commonly mutated in the cancer, but not in the normal cells of patients. 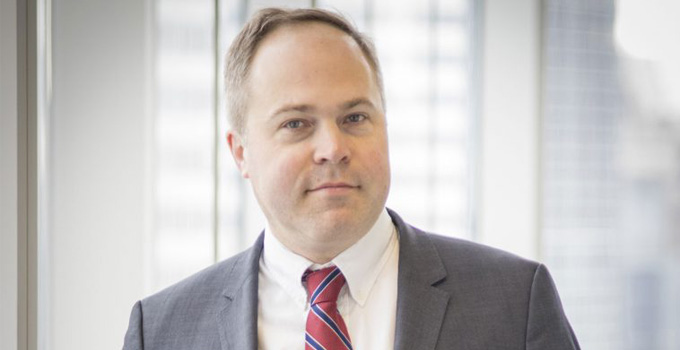 Today’s therapies for medulloblastoma, a highly aggressive form of childhood brain cancer, bring benefits to young patients but also come with serious side effects. Dr. Michael Taylor and a team of international collaborators recently published results in Nature of an ambitious project that analyzed the genomes of around 500 cases of medulloblastoma. Their goal was to identify gene mutations that are commonly mutated in the cancer, but not in the normal cells of patients.

Ten years ago the study would have been impossible due to the high cost of genome sequencing. The drop in sequencing cost over the last decade helped make a study of this size feasible for the first time. “We realized that there were groups around the world doing similar work in trying to find new targets for therapy, so it made sense to combine our efforts,” says Taylor, a neurosurgeon at The Hospital for Sick Children and the co-leader of OICR’s Brain Cancer Translational Research Initiative (TRI). The core of the project team was made up of scientists from Canada, Germany and the U.S., but it also included researchers from every continent except Antarctica.

The results were not exactly as the team had anticipated. The scientists found a small number of genes associated with certain subtypes of medulloblastoma as well as biological processes that run amok in brain cancer cells, which provide potential opportunities for new treatments. “But, this study also established that for the most part there aren’t that many genes that are mutated at a very high frequency, especially compared to adult cancers,” says Taylor.

While the study didn’t identify as many common mutations as the researchers had hoped, Taylor says that the results are a new beginning for research into this type of brain cancer. “Most of us thought that this strategy of looking for common mutations and developing targeted drugs would be a home run. Now that we have actually been able to carry out this study we see that that is not the case,” explains Taylor. “However disappointing that may be, it can be seen as a call to find new strategies to treat this disease. So, in a way, this study can be seen not only as an ending point, but also a starting point.”

Taylor points to the OICR Brain Cancer TRI, which was announced this past May, as an example of the types of new approaches that need to be taken. “My lab and others have published results that show that brain cancer evolves over time as the patient undergoes treatment. This is significant because right now most of the genomic sequencing and discovery work is centred on untreated brain cancer, but then new therapies are tested on individuals who have been treated with lots of chemotherapy and radiation,” explains Taylor. “So if we are going to continue to use standard treatments before experimental ones we need to study how the disease looks at recurrence when experimental treatments are used. This is what our TRI is centred on. New approaches like ours and those of other groups will increase our understanding of medulloblastoma and bring improved treatments to patients.”