Breast cancer is usually thought of as a disease that affects women, but many are not aware that men can develop breast cancer as well. Two-hundred and forty men in Canada were diagnosed with the disease in 2020 and it is estimated that 2,650 men in the U.S. will be diagnosed this year. Given that only one per cent of breast cancers occur in men they have been largely left out of breast cancer research, including clinical trials, which makes clinical decision making more difficult for male breast cancer patients and their doctors.

“The biggest defining feature of a breast cancer, in both men and women, is the expression of the hormone estrogen receptor, with most breast cancers being estrogen receptor positive. Given the differences in hormonal chemistry between men and women, and that the vast majority of breast cancer research is on women, we decided to study if commonly used diagnostic tests were indeed useful for male patients,” explains Dr. Jane Bayani, Co-Director of OICR’s Diagnostic Development Program and Principal Research Scientist at OICR. “These tests are important as they help patients and clinicians decide on their approach to treatment.”

The study, recently published in NPJ Breast Cancer, found that the most common tests for breast cancer reoccurrence risk can be used to guide clinical decision making for male breast cancer patients. It evaluated the prognostic value of these tests by emulating the risk classifications from commercial Prosigna, OncotypeDX and MammaPrint tests, as well as using a 95-gene signature developed and patented by the OICR Diagnostic Development team. They found that at a population level the tests performed similarly in men as they do in women.

To assess the performance of the tests, the team built a custom tool that targeted the same gene expressions used in the risk tests and analyzed 380 samples collected as part of the International Male Breast Cancer Program, a global research collaboration. The results from those samples were then compared to patient records to see how well they corresponded to real world outcomes. The study is believed to be the largest comparison of commercial and academic risk tests in male breast cancers.

“We were pleased that our results show that these tests have comparable clinical utility in men as they do in women, however there is still much work to be done to better understand breast cancer in men,” says Bayani. “We are interested in understanding the role of androgens and their hormonal impact on biological pathways of breast cancer in men so that we can begin to improve precision medicine for these patients. Together with our research partners we want to close the knowledge gap when it comes to male breast cancer.”

This study was funded by Breast Cancer Research Foundation (BCRF), the Susan G. Komen for the Cure Foundation and the Government of Ontario. 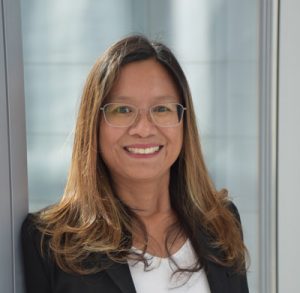 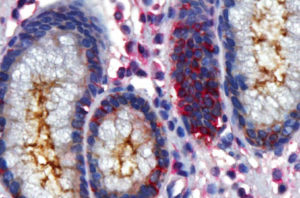