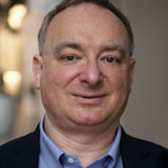 President and Scientific Director
Dr. Laszlo Radvanyi has extensive cancer research experience in academia as well as in the pharmaceutical industry both in Canada and in the U.S.

After completing his PhD in Clinical Biochemistry and Immunology at the University of Toronto, Dr. Radvanyi was granted a Cancer Research Institute Postdoctoral Fellowship at Harvard Medical School in Boston, MA. He then joined Sanofi Pasteur as a Senior Scientist, where he co-led a cancer vaccine antigen discovery and validation team for five years.

Dr. Radvanyi then relocated to Texas where, for ten years, he was a Professor in the Department of Melanoma Medical Oncology at the University of Texas, MD Anderson Cancer Centre. While at MD Anderson, he established a GMP-grade T-cell therapy manufacturing program for metastatic melanoma using expanded tumour-infiltrating lymphocytes (TIL) and performed basic research on TIL biology and effector function for which he received an MD Anderson Division of Cancer Medicine Research Award.

Prior to joining OICR, Dr. Radvanyi was the Senior Vice President and Global Head of the Immuno-Oncology Translational Innovation Platform at EMD Serono (Merck KGaA, Darmstadt, Germany). He also served as a Senior Scientific Advisor for EMD Serono, specializing in immunology and immuno-oncology.

Dr. Radvanyi also has experience in biotech drug discovery and development (founding CSO for Iovance Therapeutics). Iovance is the first company to develop a commercial process for the manufacturing of TIL and TIL therapy for cancer patients making this a reality after decades of academic research. He was a past Associate Editor for the Journal of Immunotherapy for Cancer (JITC), currently serves on the Keystone Conferences Scientific Advisory Board, and serves on grant review panels for numerous national and international agencies. Dr. Radvanyi also serves as on advisory boards for numerous biotechnology companies in the oncology field.