News and Media
New potential treatment for leukemia discovered by OICR scientists draws major industry investment﻿
TORONTO (January 29, 2019) – A first-of-its-kind therapy for leukemia discovered by researchers in the Ontario Institute for Cancer Research’s (OICR) Drug Discovery Program, and under preclinical development, has attracted investment from Celgene Corporation that could exceed US$1 billion – which would make it the largest transaction to date for a preclinical asset discovered in Canada.

TORONTO (January 29, 2019) – A first-of-its-kind therapy for leukemia discovered by researchers in the Ontario Institute for Cancer Research’s (OICR) Drug Discovery Program, and under preclinical development, has attracted investment from Celgene Corporation that could exceed US$1 billion – which would make it the largest transaction to date for a preclinical asset discovered in Canada.

This investment will allow for clinical trials based in Ontario, and will further research and development of the drug and other cancer research innovations developed in the province. The commercialization of this technology was conducted by OICR’s strategic partner FACIT and demonstrates the realization of the two partners’ long-term vision of creating a sustainable pathway for therapeutic innovation in Ontario.

“The progress of this pre-clinical drug towards the clinic is an example of how OICR, working with its partners, is accelerating cancer research in Ontario and increasing investment so that new innovations can help patients as soon as possible,” says Dr. Laszlo Radvanyi, President and Scientific Director of OICR. “Today’s announcement shows how OICR and FACIT’s unique model for research and commercialization can generate long-term impact for the province of Ontario.”

The project is built on the observation that a protein known as MLL-1 plays an important role in promoting the development of leukemia. It does this through binding with a partner protein called WDR5. This new therapy works by disrupting the MLL-1/WDR5 protein-protein interaction, therefore inhibiting the cancer-promoting activity of the MLL-1 protein.

The possibility of targeting WDR5 to disrupt the cancer-driving activity of MLL-1 was first suggested by one of OICR’s partners, the Structural Genomics Consortium (SGC) at the University of Toronto, where researchers saw its potential and proposed a collaboration with OICR’s Drug Discovery (DD) program. OICR DD and SGC researchers worked together to develop an active and selective WDR5 “chemical probe” that could be used to test the anti-leukemia hypothesis. After OICR and SGC scientists demonstrated this probe could disrupt the interaction of WDR5 and MLL-1 in cells, they shared the compound with academic investigators in Ontario and around the world, who showed the probe could stop the growth of leukemia and other cancer cells.

Once the probe was in the public domain, the OICR DD group seized the opportunity to leverage its expertise to improve the drug-like properties and potency of the probe, while creating novel intellectual property, in order to fully realize its therapeutic and commercial potential. This subsequent development of the pre-clinical drug by OICR DD was made possible by their extensive experience in the pharmaceutical industry and academia, a unique model that has helped to develop assets that are solid candidates for investment and further development by industry partners. OICR DD is one of the only industry-academic hybrid drug discovery teams in Ontario.

“The development of this compound was a real community effort. When the team at SGC came to us with this idea, it was much easier to see a path forward because of our history of cooperation and the complementary skills of the two groups,” says Dr. Rima Al-awar, Director and Senior Principal Investigator of OICR’s DD Program. “Developing the inhibitor to a point where it can attract this type of investment demonstrates the power of Ontario’s research community and how we can maximize our strengths by working together.”

About the Ontario Institute for Cancer Research (OICR)

OICR is a collaborative, not-for-profit research institute funded by the Government of Ontario. We conduct and enable high-impact translational cancer research to accelerate the development of discoveries for patients around the world while maximizing the economic benefit of this research for the people of Ontario. For more information visit www.oicr.on.ca.

Commercialization News release
In this Article 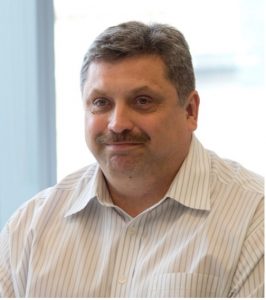