News and Media
OICR Investigator profile: Dr. Philip Awadalla
The rise of genomics has provided scientists in many fields with insights that would not have been possible only a couple of decades ago. When Dr. Philip Awadalla first became interested in molecular genetics and evolution, genome technologies were just beginning to come to the fore. 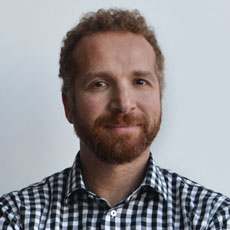 The rise of genomics has provided scientists in many fields with insights that would not have been possible only a couple of decades ago. When Dr. Philip Awadalla first became interested in molecular genetics and evolution, genome technologies were just beginning to come to the fore.

“We didn’t have a human genome sequenced yet – the Human Genome Project was not completed – and we were still trying to answer very basic questions, like how many genes do humans have or which genes are important,” says Awadalla, who recently joined OICR as a Principal Investigator. “However, these basic questions are important, because both genomics and the mathematical models for understanding how it functions are the underpinning of all the tools we use in every field of genomics. You can’t understand how a genome works unless you understand where it came from.”

To explain how these techniques can be applied to cancer research, Awadalla uses the example of trying to determine the natural rate of human mutation, which were also considered a basic unresolved question until about four years ago. His research group published some of the first direct estimates of the mutation rate, in collaboration with the international 1000 Genomes Project, the only Canadian group that obtained funding (from the Quebec government) to work with that international collaboration.

“Without next generation sequencing (NGS) technology we were forced to make indirect inferences of mutations rates by taking a human genome and comparing it to that of a chimp, counting up the differences, and calibrate from that given the fact we believe that humans and chimps split approximately six million years ago.”

Now that NGS technology is available a much more accurate estimate of germline mutation rates can be made by being able to take a mother and father and compare their genomes to their child’s. “Similarly, one can compare a tumour’s genome to that of a healthy related tissue. Cancers mutate at different rates, but compared to what and how does that vary among tissues?” asks Awadalla.

Awadalla and his lab are also working to understand not only the rate of mutation, but how often genomes recombine. The team has spent the past decade and a half developing genomic and computational tools to determine the rate of recombination and to find ‘recombination hotspots’ within a person’s genome.

“By using these tools we have been able to identify genes that predict where these hotspots occur and we’ve also noted that those spots differ in people with cancer – in particular, those with childhood leukemia,” says Awadalla. This information helps provide a better idea of how these cancers evolved and could help to improve early testing of patients. “Identifying these genes associated with recombination have helped explain well-known genomic rearrangements in acute lymphoblastic leukemia.”

Awadalla is happy to be working on solving cancer questions both big and small in his new home of Toronto. Awadalla came from the U.S. to Canada where his labs in Montreal were one of only a few doing next generation sequencing and analytics development in Canada, in particular with large-scale collaboration. “There was only OICR, UBC and our research centre at CHU Sainte-Justine doing this type of research at that time. That’s when I started to talk to Tom Hudson about potential projects,” says Awadalla. “One of the things that convinced me to come to Toronto was the fact that there is the exciting research environment at both OICR and in the broader health sector in Toronto.”

To learn more about Dr. Awadalla, please visit his profile on the OICR website.