News and Media
OICR participates in the fastest, long-distance academic big data transfer in Canada
OICR was part of a group of organizations to achieve history when they helped reach an important milestone in Canadian computing. As part of the ORION network, OICR participated in an exercise to perform the fastest, long-distance big data transfer between academic institutions in Canada. 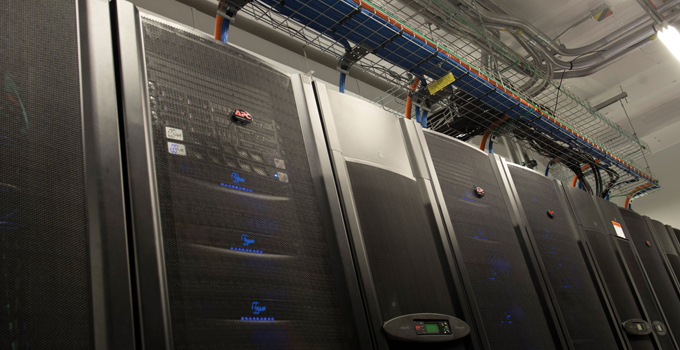 OICR was part of a group of organizations to achieve history when they helped reach an important milestone in Canadian computing. As part of the ORION network, OICR participated in an exercise to perform the fastest, long-distance big data transfer between academic institutions in Canada.

A demonstration at SC16, the world’s largest supercomputing conference, highlighted the strength of Ontario and Canada’s research IT infrastructure. For this demonstration, scientific datasets were transported over a dedicated 100 Gbps (gigabytes per-second) network from Toronto and Montreal to the StarLight International/National Communications Exchange Facility in Chicago and then to the final destination at the SC16 venue in Salt Lake City, Utah.

Dr. Lincoln Stein, OICR’s Interim Scientific Director and Director of Informatics commented on the importance of this technology to cancer research. “If we want to make inroads against cancer, we must share genomic and molecular data with the scientific community. Due to the complexity of the disease, collaboration is essential. And because of the huge size of the data sets, effective research requires advanced computing and high-capacity infrastructure that can support intensive data transit. The collaboration among biomedical researchers, computer scientists, and software engineers, supported by advanced infrastructure, isn’t just an organizational goal — it is imperative if we are to save lives. It’s that simple.”