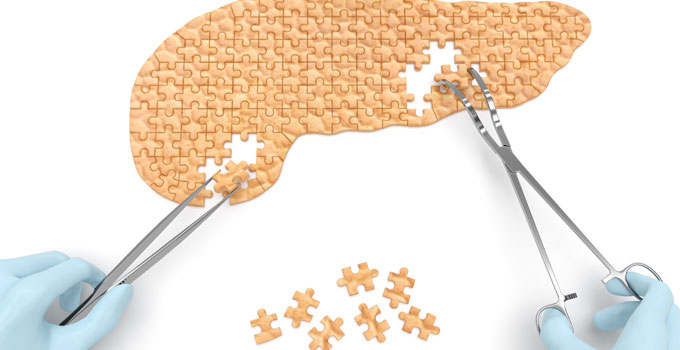 Pancreas cancer is one of the most aggressive and deadly forms of the disease. According to the Canadian Cancer Society, only 8 percent of pancreas cancer patients survive more than five years after diagnosis. OICR’s PanCuRx Translational Research Initiative has recently published the results of an international collaboration that increases understanding of this complex disease and how to treat it based on a patient’s unique profile.

The study, led by Dr. Steven Gallinger, Director of PanCuRx, and published in the journal JAMA Oncology (doi:10.1001/jamaoncol.2016.3916), used a novel approach to process tissue samples for sequencing. The investigators identified four unique mutational ‘signatures’ of pancreas cancer and explored the potential of immunotherapy to treat the disease.

To carry out the study, the team collected 150 samples from Ontario and the U.S. to perform whole genome and RNA sequencing. But studying these samples was not without challenges. “At first it was difficult to work with the samples due to low tumour cellularity, but with our colleagues at the UHN biobank and OICR’s Transformative Pathology group, we were able to create methods that produced high-quality materials with increased cellularity,” says Gallinger.

“The work of these two groups to process the samples allowed us to have even greater confidence in the results of the sequencing. Learning how to overcome these challenges in pancreas cancer research is key to getting the information we need to advance treatment,” says Gallinger.

Following genome sequencing of the samples performed by OICR’s Genome Technologies Program the team worked with Dr. Ludmil Alexandrov at the Los Alamos National Laboratory in the U.S. He is one of the world’s foremost experts on looking for mutational signatures of cancer and is known for identifying base pair mutations in cancer that are associated with environmental and lifetime exposures, like UV light exposure and smoking. When Alexandrov’s algorithms were applied to the genomic data of the pancreas samples four primary mutational signatures were found: age related, double stranded break repair (DSBR), mismatch repair (MMR) and signature 8. OICR’s Informatics and Bio-computing Program contributed to the analyses.

These are significant steps toward better understanding pancreas cancer and making it a less deadly disease.

One of the clinically interesting findings of this analysis was the identification of the MMR signature, which is fairly common in colon, lung and other cancers. “This signature is only present in about 1 to 2 per cent of pancreas cancer cases, but it has been shown in other cancers that those with this signature respond well to immunotherapies,” explains Gallinger. “That means that for those patients who have it, we have identified a therapeutic path that could be of great benefit.”

Another finding of the study is that a reasonably large number (3 to 4 per cent) of patients have a strong inherited predisposition to pancreas cancer caused by known gene mutations. These germline mutations include the well known BRCA-1, BRCA-2 and ATM gene mutations as well as MMR genes. “We have shown that most patients with germline mutations in important cancer genes have unique and potentially ‘druggable’ mutational signatures in their pancreas cancers,” says Gallinger.

In addition to whole genome sequencing, the researchers also performed RNA transcriptional sequencing on the samples, which produced some interesting results. “We found that the DSBR and MMR signatures appeared to be displaying an immune signature at the expression level as if the cancer is generating an immune response by the patient,” says Gallinger. “The problem is that most of these patients don’t seem to do any better even though they are having this immune response. However, second generation immunotherapy strategies that are currently under development may be of benefit to these patients.”

Gallinger explains how the findings of the study can be translated to the clinic. “For those patients with the MMR and DSBR signatures, we can direct them to clinical trials for immunotherapy and tailored chemotherapies or biologics. Also, we may see in the next generation of trials that patients with a high number of mutations are selected to participate instead of a cohort being chosen at random.”

The PanCuRx team is already using their knowledge of pancreas cancer subtypes in a clinical trial called COMPASS. Patients in the trial usually have a small biopsy taken from a pancreas cancer metastasis in their liver, which is then microdissected and used for sequencing the cancer’s whole genomes and transcriptomes. This process is completed within eight weeks – in time for the patient’s appointment with their medical oncologist to check on their response to first line treatment.

“If a patient is not responding to chemotherapy we will already have the information from the sequencing to look at to help understand signatures of sensitivity and resistance and perhaps make a decision about using a certain second-line therapy or entering a clinical trial,” says Gallinger. “We are trying to personalize the treatment for each patient and our understanding of subtypes has certainly helped us do this. There will be a day when sequencing can be completed routinely within one week, then first-line treatment could be chosen, based on this elegant form of tumour profiling.”

The COMPASS trial has been a large undertaking involving not only OICR’s researchers, but also a large clinical team at the University Health Network’s Princess Margaret Cancer Centre.

The PanCuRx team also recently published a study in Nature (doi:10.1038/nature19823) that found many of the important alterations that are thought to cause pancreas cancer may occur “all at once”, similar to the idea of the “big bang” – an idea that challenges the current view of how the disease develops.

These are significant steps toward better understanding pancreas cancer and making it a less deadly disease.