News and Media
“PEARLs” to improve photo-thermal cancer therapy
Photo-thermal therapy, a type of treatment that uses light and heat to destroy cancer cells, has shown great promise, but is still not widely used. A group in Toronto recently developed a technology that may go a long way in making the use of this type of therapy more effective and common. 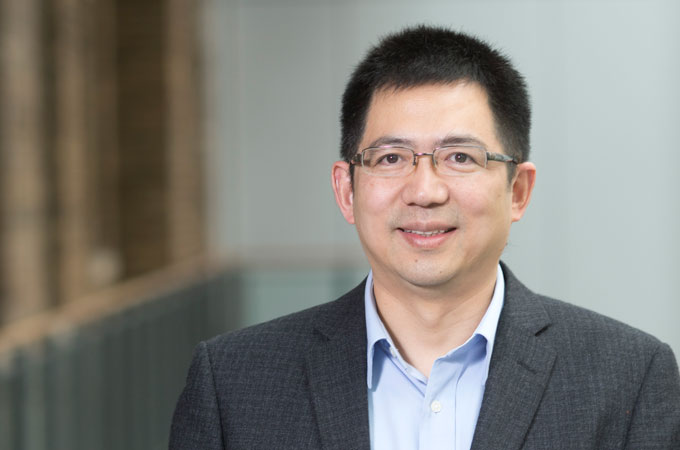 Photo-thermal therapy, a type of treatment that uses light and heat to destroy cancer cells, has shown great promise, but is still not widely used. A group in Toronto recently developed a technology that may go a long way in making the use of this type of therapy more effective and common.

Dr. Gang Zheng and his research team think they may have solved the two biggest issues with photo-thermal cancer therapy, a type of treatment that uses heat and light to destroy tumours. The drawbacks of current technologies are the overheating of tissue causing damage to healthy cells and light not being able to travel far enough into large tumours. Proof-of-concept testing of Zheng’s photo-thermal enhancing auto-regulating liposomes (PEARLs) has shown that the nanoparticles could make that type of therapy more effective.

Nanoparticles are extremely small particles that range in size from one to 100 nanometres (a sheet of paper is about 100,000 nanometres thick). In medical applications they can be loaded with various payloads for diagnostic or therapeutic use.

Since we are building on a pre-existing particle, the porphysome, the route to clinical translation and approval may not be as challenging as usual

Zheng says, “the advantage of our PEARL nanoparticle is that it also acts as a thermal sensor. This means that once the particle reaches its target temperature of 55°C it becomes invisible, allowing light to travel further into large tumours.” This solves the issues of the overheating of tissue and maximizes the effect of the technology.

With proof-of-concept testing complete, Zheng and his group are looking to complete the next step towards clinical adoption – testing in in vivo models. Zheng hopes that the PEARL will find its way to the clinic more quickly than past nanoparticles. “Since we are building on a pre-existing particle, the porphysome, the route to clinical translation and approval may not be as challenging as usual,” says Zheng. He hopes that this technology will help move photo-thermal therapy from a niche application to a more widely used form of cancer treatment.