New research published in Nature has shown how genome sequencing can be rapidly established to monitor outbreaks. 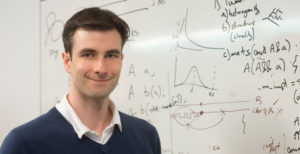 TORONTO, Feb. 3, 2016 /CNW/ – Researchers designed a “genome sequencing laboratory in a suitcase”, employing a novel DNA sequencer, transporting the equipment in less than 50kg of airline luggage. This was initially deployed in Conakry, Guinea in April 2015 where Ebola samples from patients could be sequenced as soon as new cases were diagnosed. This reduced delays shipping to traditional genome laboratories often located on a different continent. The team found that they could generate sequencing information in as little as 24 hours after receiving a sample, with the sequencing process taking less than an hour.

Genome sequencing in outbreaks is useful to understand how the virus evolves. However, the information must be available quickly in order for this information to guide control efforts. By sequencing 142 samples from Ebola patients in Guinea they were able to provide very detailed information about how cases were related, providing important clues to World Health Organisation epidemiologists battling to halt transmission of the virus.

Co-author of the study Dr Nick Loman, from the Institute of Microbiology and Infection at the University of Birmingham, explained, “Genome sequencing information is valuable for researchers and epidemiologists during an epidemic. Yet, generating such information is a laborious process typically performed in well-equipped laboratories using large, delicate and expensive hardware. Having a portable DNA sequencing system opens up the possibility to do outbreak genome sequencing in real-time, which can directly impact on the response on the ground, as well as providing a wealth of information about pathogen evolution. Crucially we shared our data as it was generated, increasing its use immensely.”

Dr Jared Simpson from the Ontario Institute for Cancer Research, also a co-author on the study, said, “In this paper we’ve shown that we can find single nucleotide polymorphisms (SNPs) at whole genome resolution using portable technology. While sequencing has until now been confined to a lab, this opens up genomic research to far more applications around the world. We look forward to building upon the work done in this study an applying it to other fields, including cancer research.”

Reza Moridi, Ontario’s Minister of Research and Innovation, said, “This is a wonderful example of how the most talented minds in Ontario and the latest technology can produce incredible results that can save lives and make an impact around the world. I am proud of our Ontario researchers for their stellar work and excited to see how this technology develops over the next few years to help control outbreaks.”

The team employed a lightweight MinION DNA sequencer from Oxford Nanopore Technologies. This device weighs less than 100g, is powered by the USB of a laptop which is currently being used by more than 1,000 researchers worldwide.

Dr Loman worked with an interdisciplinary team based on three continents, including the European Mobile Laboratories, Public Health England and Ontario Institute for Cancer Research. The researchers worked with other diagnostic laboratories and WHO epidemiologists based in Guinea.

The Ebola outbreak in West Africa was the deadliest occurrence of the disease since its discovery in 1976. Since the first confirmed case was recorded on March 23, 2014, over 11,000 people have died as the result of the virus.

The epidemic was officially declared to be over on January 14, 2016. However, just hours later, a new case was confirmed in Sierra Leone. New cases, when sequenced and linked to a database of previous sequences can provide important clues as to their origin. The sequencing laboratory, currently located in Nongo, Guinea, will continue to provide surveillance information until the outbreak is officially declared to be over.

About the Ontario Institute for Cancer Research (OICR):
OICR is an innovative cancer research and development institute dedicated to prevention, early detection, diagnosis and treatment of cancer. The Institute is an independent, not-for-profit corporation, supported by the Government of Ontario. OICR’s research supports more than 1,700 investigators, clinician scientists, research staff and trainees located at its headquarters and in research institutes and academia across the Province of Ontario. OICR has key research efforts underway in small molecules, biologics, stem cells, imaging, genomics, informatics and bio-computing. For more information, please visit the website at www.oicr.on.ca.