News and Media
Report shows investment in cancer research in Canada remains strong, identifies areas for improvement
The Canadian Cancer Research Alliance (CCRA) has released its report: “Cancer Research Investment in Canada, 2005 to 2014”, which conveys the findings of a survey of its 42 member organizations to assess the state of cancer research funding in Canada. The CCRA is a national alliance of organizations that together fund the majority of cancer research in Canada. Its members include federal and provincial funding programs and research agencies, provincial cancer care agencies, cancer charities and other organizations. 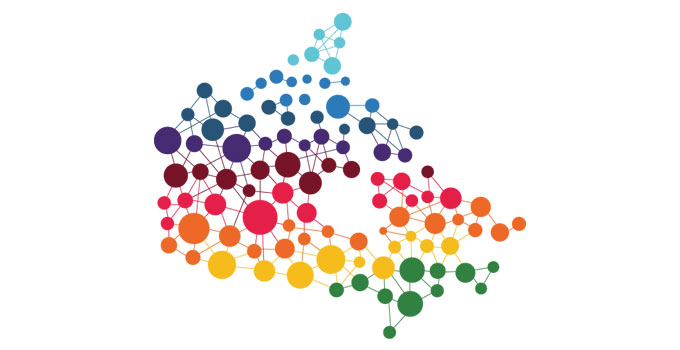 The Canadian Cancer Research Alliance (CCRA) has released its report: “Cancer Research Investment in Canada, 2005 to 2014”, which conveys the findings of a survey of its 42 member organizations to assess the state of cancer research funding in Canada. The CCRA is a national alliance of organizations that together fund the majority of cancer research in Canada. Its members include federal and provincial funding programs and research agencies, provincial cancer care agencies, cancer charities and other organizations.

The report was mostly positive highlighting increases in research infrastructure, particularly in Ontario and increased investment in research into early detection, diagnosis and prognosis and treatment. However the report also noted some gaps in the cancer research funding system that need to be addressed. It found that investment had increased in all research areas from 2005 to 2014 with the exception of biology. The second half of the decade covered by the report showed a marked increase in the number of researchers and trainees funded through grants and awards. According to the study’s authors this suggests an increase in Canada’s cancer research capacity. The survey found a slight drop in research funding in 2013 and 2014.

The analysis of the survey also called for continued operating grant funding to support the expanded infrastructure put in place by the Canadian Foundation for Innovation and provincial funders between 2008-2012. It also encouraged continued funding partnerships between CCRA members in areas of mutual interest.

These recommendations align closely with those of the recently released Naylor Report – a federal review of fundamental science in Canada. This report suggests increasing federal funding of research by $1.3 billion by 2022. The funds would be used to directly support research projects, provide operating funds for research facilities and boost support of scholarships and fellowships. It also calls for increased coordination of federally funded research activities.

OICR was included in the CCRA’s Cancer Research Investment survey. Below are some of the highlights about the Institute. It should be noted that the report only covers CCRA members and does not take into account all sources of cancer research funding, such as that from hospital foundations and the private sector.

“This report highlights the fact that together with our partners we are funding the important research needed to defeat cancer,” says Peter Goodhand, OICR’s President. “Working together we can continue to make major improvements in the cancer research environment, particularly in areas where gaps exist.”

Read the report: Cancer research Investment in Canada, 2005 to 2014