News and Media
Researchers discover new test that could change the diagnosis and treatment of prostate cancer
Genetic tests are being used more commonly in the diagnosis of many types of cancer. However, there currently isn’t a highly accurate test that can identify men with aggressive forms of prostate cancer, making it more difficult to choose the most appropriate course of treatment. 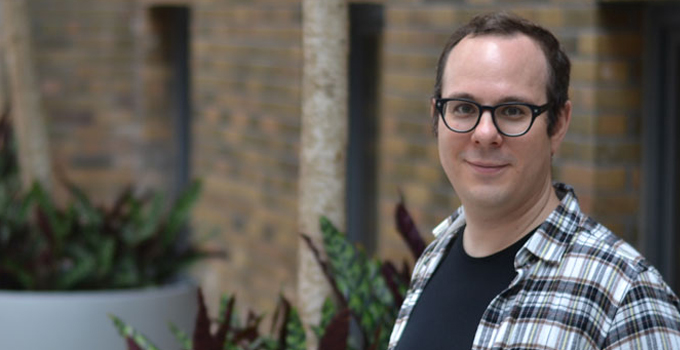 Genetic tests are being used more commonly in the diagnosis of many types of cancer. However, there currently isn’t a highly accurate test that can identify men with aggressive forms of prostate cancer, making it more difficult to choose the most appropriate course of treatment.

Prostate cancer is the most common cancer in Canadian men. The Canadian Cancer Society estimates that 21,600 Canadian men were diagnosed with the disease in 2016. The tool most routinely used by clinicians to diagnose prostate cancer is a blood test that measures the amount of prostate specific antigen (PSA) in the serum. While the test is useful for identifying men with the disease, it cannot accurately distinguish between those cancers that are likely to lead to death and those that are indolent and pose little threat. This makes it difficult for patients and clinicians to decide on the best course of action and can often lead to overtreatment of indolent prostate cancers. A group of researchers from around the world came together to make a discovery that could change that.

Dr. Alexandre Zlotta, Director, Uro-Oncology, Mount Sinai Hospital and Dr. Paul Boutros, Principal Investigator, Informatics and Bio-computing, OICR along with lead author Dr. Laurent Briollais, Senior Investigator, Lunenfeld-Tanenbaum Research Institute and other collaborators, identified germline mutations in the Kallikrein (KLK) 6 region of the genome that could be used to identify men who harbour the deadliest forms of prostate cancer. This finding could help fill an unmet need for reliable genetic testing for prostate cancer from a simple blood sample. Currently, genetic testing is not routinely used in prostate cancer due to the lack of a highly accurate test.

“As an oncologist I know firsthand how valuable it would be to have a genetic tool that could help me choose the best course of action with my patients,” explains Zlotta. “It would help spare patients with indolent disease from unnecessary treatments and their side effects and aid in directing patients with aggressive disease to the appropriate treatment.” Zlotta says that this test would be very similar to how the test for BRCA genes is used to guide treatment for breast cancer.

To identify the relevant mutations the scientists analyzed the blood samples of 1,858 patients from three independent groups which included men from Canada, Europe and the U.S. Dr. Neil Fleshner of the Princess Margaret Cancer Centre was instrumental in providing the study with its Canadian cohort. Through their analysis they found that variations in the KLK6 region were associated with aggressive prostate cancer, defined as those with a Gleason Score of eight or greater. The Gleason Score is used to stratify results of the standard PSA test, which is based upon the KLK3 region (a genomic ‘neighbour’ of KLK6).

“The results of our study show that six to 14 per cent of men carried KLK6 gene variants,” says Boutros. “Men with these mutations had three times the risk of developing aggressive prostate cancer. Identifying these patients means that they can more quickly receive the intensive therapy they require and spare patients at lower risk unnecessary therapy. We look forward to seeing these findings improve care for prostate cancer patients worldwide.”

This research was funded by the Canadian Institutes of Health Research, the Ontario Institute for Cancer Research, Prostate Cancer Canada, Movember and the Terry Fox Research Institute.