News and Media
Researchers disprove link between vasectomies and prostate cancer using Ontario health data
Are vasectomies safe? Some recent studies have found a link between vasectomies and the development of prostate cancer later in life. But new research using Ontario health data has challenged these studies and shown conclusively that there is no link, giving new peace of mind to those men who have undergone or are considering undergoing the procedure. 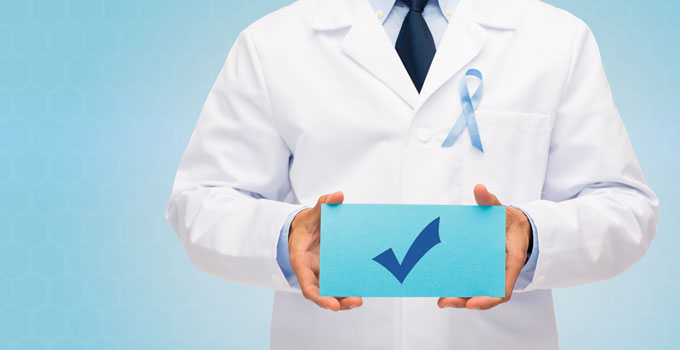 Are vasectomies safe? Some recent studies have found a link between vasectomies and the development of prostate cancer later in life. But new research using Ontario health data has challenged these studies and shown conclusively that there is no link, giving new peace of mind to those men who have undergone or are considering undergoing the procedure.

A vasectomy is a relatively minor operation for men that has been in widespread practice for decades, providing a simple and effective form of contraception for an estimated 33 million couples worldwide.

A new study by researchers in Ontario challenges the findings of this study and others like it. Published in the British Medical Journal, the study uses Ontario’s unique database of public healthcare information to improve on the methodology of the previous studies.

“The difficulties in conducting a trial like this traditionally are that it is very difficult to sign up enough patients and it takes a long period of time to track those patients to get results,” said Dr. Craig Earle, one of the authors on the study and Program Director, Health Services Research and Clinical Trials at the Ontario Institute for Cancer Research. “By using existing healthcare data we were able to look retrospectively at far more patient data in fraction of the time.”

The research team noted that previous studies had weaknesses in terms of the low number of people they were able to enrol (about 100), the fact that they relied on a patient’s memory of their medical history, rather than concrete medical data, and the fact that there was a distinct possibility of detection bias (i.e., that patients who had undergone a vasectomy are more likely to also be screened for cancer and as a result more likely to be diagnosed).

“The controversy surrounding the association of vasectomy and prostate cancer risk has persisted for many years as previous studies on this topic have demonstrated conflicting results,” explains Dr. Madhur Nayan from the University Health Network and one of the authors on the paper. “However, these studies have had many limitations including small study populations, short durations of follow-up, and the possibility of misclassified data.”

The solution for the research team, which also included Dr. Robert Hamilton at the University Health Network and Dr. David Juurlink at the Institute for Clinical Evaluative Sciences, was to tap into Ontario’s vast database of de-identified healthcare data and look backward over time, to capture in months what would have otherwise taken decades (by de-identifying data researchers are able to use it but not identify the individuals associated with it).

They studied the historical data on 325,000 men between the ages 20 and 65 who had vasectomies in Ontario between 1994 and 2012 and followed up on them through to 2014 to see if and when they developed prostate cancer.

They were also able to take into account the weaknesses they had identified in previous studies and control for them so that the weaknesses did not affect the results. For example, instead of relying on patient’s memories of their own medical history, they were able to use the database to track each follow-up interaction with the healthcare system and see how the patient fared. With these controls in place, the research team found conclusively that there was no relationship between prostate cancer and vasectomies.

“Ontario’s healthcare data allowed us to study a much larger group of patients with extended follow-up,” said Nayan. “Furthermore, Ontario’s data has comprehensive, validated information on resource utilization and healthcare outcomes that are often difficult or costly to obtain in studies that enroll patients. These aspects allowed us to address the limitations of previous studies and demonstrate that vasectomy is not related to prostate cancer risk.

That’s good news for many men who have had, or who are considering, a vasectomy.

“Vasectomies are a very common procedure around the world, so ensuring we understand the safety of the procedure over the long term is extremely important,” says Earle. “This study allows thousands of men who have undergone the procedure or who are considering it to have peace of mind that they will not be at additional risk for prostate cancer by having a vasectomy.”

The unique, high-quality data available in Ontario was key to the study’s success. Earle, who is also a Senior Scientist and Cancer Program Lead at the Institute for Clinical Evaluative Sciences, says, “These data are a major resource all Ontarians should be proud of. Studies like this show the power of this tool in helping people worldwide better understand their health and make more informed treatment decisions.”