News and Media
Researchers uncover evolutionary forces at play in the aging of the blood system and identify people at increased risk of blood cancer
Discovery could provide early warning for blood malignancies, triggering proactive screening and enabling early treatment

Toronto – (August 17, 2021) As people age, mutations can build up in blood stem cells and their clones in a process known as age-related clonal hematopoiesis, or ARCH. ARCH can be a risk factor for acute myeloid leukemia (AML), a form of blood cancer. New research provides insight into why some with ARCH go on to develop AML and others don’t. These findings, recently published in Nature Communications, have the potential to significantly advance the early detection and treatment of AML by identifying those at high risk of the disease so they can be monitored more closely.

The study, co-led by Dr. Philip Awadalla, Senior Principal Investigator and Director, Computational Biology at the Ontario Institute for Cancer Research (OICR) and Dr. Quaid Morris, Member, Computational and Systems Biology, Memorial Sloan Kettering Cancer Center (MSK) and OICR Associate, shows how the interplay of positive, neutral and negative evolutionary selection acting on mutations in aging blood stem cells can lead to AML in some individuals with ARCH. They did so by illustrating how negative selection, or ‘purifying selection’, present in individuals who did not go on to develop a malignancy, prevents disease-related cells from coming to dominate the cell population. These discoveries allow for the differentiation between those with ARCH who are at increased risk of developing AML and those who are not.

“We have shown that the constellation of evolutionary forces at play within hematopoietic stem cells can be a robust indicator of those who are at increased risk of blood cancers such as AML,” says Awadalla. “Being able to accurately classify patients based on risk can allow for more frequent and intensive screening for those with ARCH mutations with a concerning evolutionary signature.”

The research team computationally generated more than five million blood populations, trained a deep neural network model (a type of machine learning) to recognize different evolutionary dynamics and employed the model to analyze blood samples that had undergone deep genomic sequencing. These samples were from 92 individuals who went on to develop AML, and 385 who did not despite the presence of ARCH. The study is one of the first to use a single system of tools to capture the interaction of the multiple evolutionary forces at play in ARCH.

“The models we developed in this study can significantly increase the value of ARCH as a biomarker for blood malignancies,” says Morris. “Our team is looking forward to continuing to bolster our understanding of ARCH and seeing these advancements help patients.”

The researchers were able to show that these alternative evolutionary models were predictive of AML risk over time. Similarly, these tools were able to identify genes where mutations that are damaging to stem cells can accumulate.

“Our novel application of deep learning tools and population genetic models to genomic sequencing allowed us to classify the evolutionary interactions within a blood sample with a very high degree of accuracy,” says Kimberly Skead, first author and PhD Candidate in the Awadalla and Morris Labs at OICR, the Department of Molecular Genetics at the University of Toronto and the Vector Institute for Artificial Intelligence. “This level of resolution enabled us to understand how both positive and negative selection shape the aging blood system and to establish strong links to individual health outcomes, which bodes well for potential clinical use.”

“In the future, we can anticipate screening blood samples for early detection of disease and blood cancers. With these tools we can more proactively monitor people’s health. Early detection of cancer is critical with respect to prevention and effectiveness of treatment,” adds Awadalla.

This research was supported by the Government of Ontario through the Ontario Institute for Cancer Research and by the Ontario Ministry of Colleges and Universities to Awadalla, CIHR Frederick Banting and Charles Best Canada Graduate Scholarships (Masters and Doctoral) and Terrence Donnelly Centre Cecil Yip Award to Skead, and research grants from the Vector Institute for Artificial Intelligence to Skead. Awadalla is supported by a Natural Sciences and Engineering Research Council of Canada Award (RGPIN-2019-06813). Morris is supported by a Canadian Institute for Advanced Research (CIFAR) Artificial Intelligence Research Chair, the National Institutes of Health (P30 CA 008748) and core funding from Memorial Sloan Kettering Cancer Center. Genomic data generation was supported by the Canadian Data Integration Center (CDIC) with funds provided by the Government of Ontario and the Government of Canada through Genome Canada and Ontario Genomics (OGI-136). 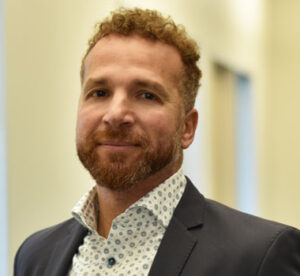