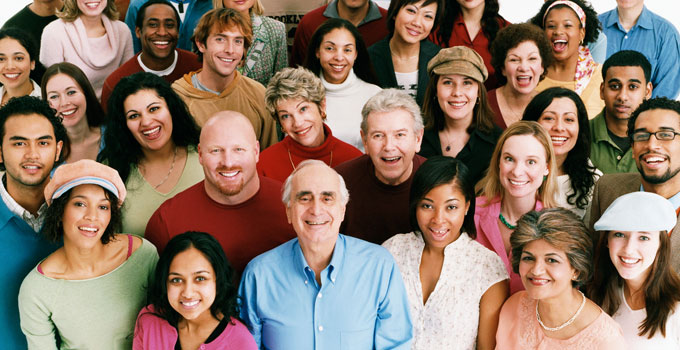 Participation in the OHS includes an extensive online survey that asks each user to review a list of ethnocultural groups and check those they thought they belonged to. The survey also included questions related to common mental health problems such as depression, anxiety and social isolation. Researchers looked at self-reported data from some of Ontario’s most common minority groups, such as South Asian, East Asian, Southeast Asian and Black Ontarians, and measured them against a comparable group of OHS participants who identified as white.

“Minority groups were much more likely to report mental health problems and stressful life events,” said Professor Sherry Grace, also of the University Health Network. “And with the exception of Aboriginal Ontarians, we also found that they were less likely to use the mental health services that we have here. This is unfortunate because there are proven treatments for depression and anxiety that really work.”

The stresses of adapting to a new country could be one of the reasons driving this, suggests Professor Grace.

“Most people who immigrate are very healthy, but studies show that being away from family, as well starting over in one’s career, and the financial repercussions of this, are tough” she says.

One in five Canadians will experience a mental illness in their lifetime. Given Canada’s diverse population, researchers aimed to fill a gap in information around mental health in ethnic minority groups.

The long-term nature of the OHS will allow researchers to track participants’ well-being over time—and also better understand the link between mental health and health outcomes.

“We know that people with mental health problems are often more likely to develop chronic disease, so here is a way that we may be able to find out why that is so,” says Prof. Grace. “It’s such a rich source of data on Ontarians.”

The study looked at several ethnocultural groups, comparing their reported results to results from white participants. Results showed that:

In terms of accessing mental health care, with the exception of the Aboriginal group, other ethnic groups were less likely to access treatment compared to their white counterparts:

Sherry L. Grace, PhD is a Professor in the Faculty of Health at York University. She is also a Senior Scientist with the Toronto Rehabilitation Institute of the University Health Network. Her research interests centre on global cardiovascular rehabilitation and cardiac psychology. She has published close to 200 peer-reviewed papers.

Professor Grace also served as vice-chair of the OHS Psychosocial Health working group. She led the development of the pan-Canadian quality indicators for cardiac rehabilitation and secondary prevention and was also instrumental in the development of the International Council on Cardiovascular Prevention and Rehabilitation, serving on the Executive Board. She has been recognized with a Canadian Association of Cardiovascular Prevention and Rehabilitation Leadership award for her efforts translating research into practice.