During the HIV epidemic of the 1990s, there were few drugs to combat the virus. With more-promising drugs in testing, pressure grew on the U.S. Food and Drug Administration (FDA) to speed their approval to get them to patients in desperate need. In response, an accelerated approval pathway was developed that allowed new drugs to be approved based on early evidence of benefit. This practice eventually grew to include cancer drugs, which now make up most of the drugs granted accelerated approval. Now, a study recently published in the British Medical Journal has found that in the end, many cancer drugs with accelerated approval have not proven to be of benefit to patients but continue to be used in the clinic.

“The entire premise of accelerated approval is that a drug is allowed to enter the market under the condition that confirmatory studies are conducted within a reasonable amount of time and that they look at key clinical endpoints like overall survival and quality of life,” explains Dr. Bishal Gyawali, co-author of the study and Associate Professor at Queen’s University and OICR Clinician-Scientist. “However, some studies are delayed by years and often continue to use less-robust surrogate endpoints as evidence of benefit. In addition, even when no improvement in primary clinical endpoints is shown, the FDA can be slow to withdraw its approval and clinical guidelines do not always match the available evidence.”

To grasp the scale of this problem, Gyawali and his collaborators scanned the FDA database for all cancer drugs that had received accelerated approval between the creation of the pathway in 1992 and December 2020. Their analysis found that 10 cancer drugs failed to demonstrate clinical benefit in a combined 18 indications in confirmatory trials, all of which used overall survival as their primary endpoint and compared those drugs against the standard of care. However, a third of these indications for these drugs were allowed to remain on-label for an average of four years. The researchers also found that in most cases, even after a drug’s approval for a given indication had been withdrawn or revoked by the FDA, it continued to be strongly recommended in the National Comprehensive Cancer Network (NCCN) clinical guidelines.

Gyawali theorizes that a number of factors have led to issues with the accelerated approval pathway. He says it is a complex problem but highlights that the FDA faces immense pressure from pharmaceutical companies, patient advocacy groups and physicians to provide wider access to the latest drugs. Conflicts of interest may also be at play, given what Gyawali describes as a “revolving door” between officials at the FDA and the pharmaceutical industry.

“Accelerated approval is a fantastic pathway in theory, but how has it become broken, against the benefit of patients? In many cases it is not fulfilling the compromise between speed and evidence as was intended,” says Gyawali. “It is very understandable that patients want access to the latest drugs, but would patients want these drugs if they knew they were of no benefit? Not acting on the evidence is doing them a great disservice at an immense economic cost, given that in the U.S. Medicare must pay for drugs that are recommended in NCCN guidelines.”

NCCN guidelines are used globally, including in Canada, but Canada’s system of determining drug approval and funding has so far prevented the issues seen with accelerated approval in the U.S. “In Canada we have a two-step process with Health Canada approving drugs and a separate body (CADTH) deciding if they should be publicly funded,” he explains. “There are calls by some to combine the Canadian decision-making pathway into one so that any newly approved drug is automatically funded, but I think we need to treat the U.S. experience as a cautionary tale. Of the 18 indications that we highlight in our paper, most are not publicly funded in Canada. This demonstrates that our current system is working well, although there is always room to improve.”

Another aspect to improving decision-making to select the most effective new agents is robust quality-of-life assessments in clinical trials as well as real-world data through patient-reported outcome measures in addition to the clinical efficacy of new drugs. These factors need to be increasingly balanced into the whole equation, together with ‘toxicities’, both physical and financial.

Gyawali acknowledges that the problems with the FDA’s accelerated approval pathway are complex but says that there are avenues to improve the situation. “Really it all comes down to education. If we can train the next generation of oncologists to think differently about drugs and policy, they can become a force to push for improvements in the system and the type of information that is being used to inform treatment decisions,” he says.

“On the other side of the coin is patient advocacy groups. Some patient groups are also misled to believe that newer is always better. I speak to many patient groups to help them understand the nuances of such regulatory policies when it comes to cancer drugs. We need to make them allies in our efforts to improve the system so that it is of true benefit to patients.” 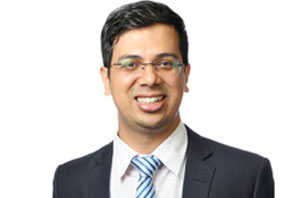