News and Media
Viral protein identified as one of the main drivers of virus-induced stomach cancers
Some common pathogens, like the Epstein-Barr virus (EBV), can turn healthy cells into cancer cells, but it is not well understood how they do so. Better understanding how such pathogens work allows researchers to find new ways to target the pathogen’s disease-causing mechanisms and ultimately find new treatments for certain virus-induced cancers. 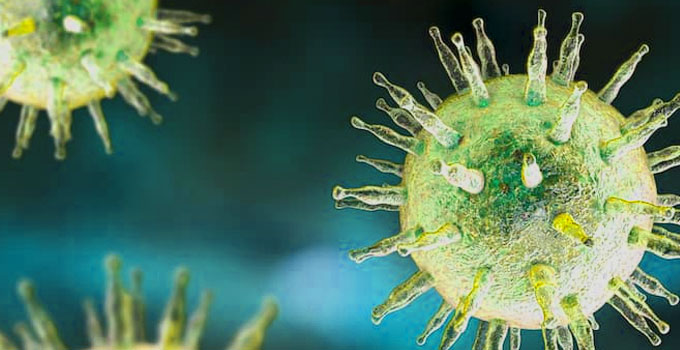 Some common pathogens, like the Epstein-Barr virus (EBV), can turn healthy cells into cancer cells, but it is not well understood how they do so. Better understanding how such pathogens work allows researchers to find new ways to target the pathogen’s disease-causing mechanisms and ultimately find new treatments for certain virus-induced cancers.

Dr. Ivan Borozan, from Dr. Vincent Ferretti’s Lab at OICR, and Prof. Lori Frappier at the University of Toronto are working together to better understand EBV and how it triggers the transformation of normal cells to cancerous cells, also known as oncogenesis. Together, they have identified that a key protein expressed by EBV, BKRF4, is one of the likely drivers behind EBV-induced stomach cancers.

Their collaborative research, recently published in the Journal of Virology, discovered that the BKRF4 protein blocks healthy cells’ DNA damage response mechanisms to promote cell survival. By blocking normal DNA repair function, BKRF4 can lead to the accumulation of mutations within the host DNA – ultimately contributing to the development of gastric carcinoma, more commonly known as stomach cancer.

“By combining the computational methods and tools that we’ve developed at OICR with Prof. Frappier’s expertise in EBV, our team was able to gain new knowledge about the cause and development of stomach cancers,” says Borozan.

This joint research project began in 2016 when Borozan and Ferretti mined thousands of whole genome and transcriptome cancer samples and identified the presence of EBV in patients with stomach cancer. Using OICR’s high-performance cluster and computational approaches developed by Borozan and Ferretti, the team assembled 13 new EBV genomes and identified 21 different proteins expressed by the virus in gastric cancers, including BKRF4. This study was the most extensive sequence analysis of EBV isolates to date and the findings were published in the Journal of Virology.

In parallel with Borozan’s work, the Frappier lab designed a screen to determine which EBV proteins interfere with the host cell’s response to DNA damage. Their screen identified BKRF4, one of the same EBV proteins identified by Borozan and Ferretti’s sequence analysis. Their findings implicate BKRF4 as a key driver in promoting oncogenesis by increasing DNA damage.

“This research would not have been possible without collaborating across disciplines,” says Borozan. “Now, Dr. Frappier and her team can investigate the BKRF4’s oncogenic function further and together we can explore how our findings can be used to prevent EBV from inducing stomach cancers in the first place.”