News and Media
Where are all the women in science?
At OICR and FACIT, women play a vital role in both ground-breaking cancer research and leading innovations from the lab to the marketplace – benefitting patients and the Ontario economy. These women also acknowledge the challenges and barriers for women within the field of science. The International Day of Women and Girls in Science, on February 11, calls for greater commitment to end bias, increased investment in STEM for all women and girls and opportunities for their long-term professional advancement. In the first part of this two-part story, female executives, leaders, directors, and scientists from OICR and FACIT share their perspectives on the challenges faced by women in science. 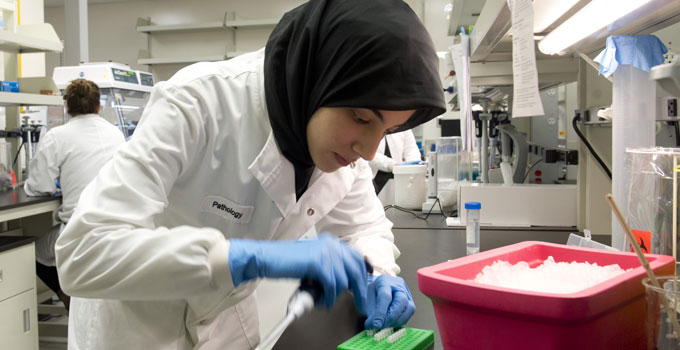 At OICR and FACIT, women play a vital role in both ground-breaking cancer research and leading innovations from the lab to the marketplace – benefitting patients and the Ontario economy. These women also acknowledge the challenges and barriers for women within the field of science. The International Day of Women and Girls in Science, on February 11, calls for greater commitment to end bias, increased investment in STEM for all women and girls and opportunities for their long-term professional advancement. In the first part of this two-part story, female executives, leaders, directors, and scientists from OICR and FACIT share their perspectives on the challenges faced by women in science.

The underrepresentation of women and girls in STEM education can be attributed, in large part, to the persistence of gender stereotypes.1,2 Women continue to be underrepresented in research and senior scientific leadership roles which may be due to various factors including stereotypes, lack of encouragement and other social biases.3,4

Despite the advances made in recent years, achieving equality and parity in science remains a significant challenge for policy-makers, research organizations and the scientific community at large. We spoke with a panel of women from OICR and FACIT about the importance of parity in science, including the current issues and barriers to equality. 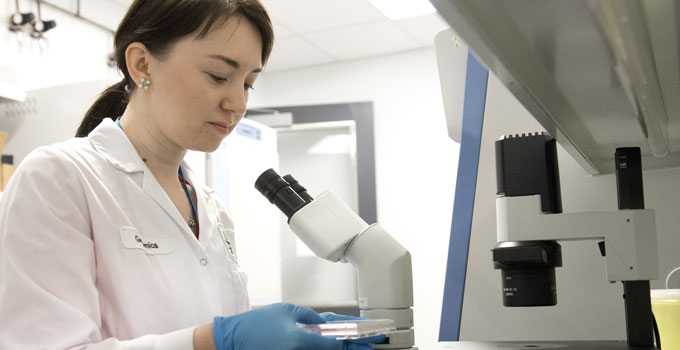 Included in the panel was:

What behaviours and factors contribute to the underrepresentation of women in science?

Christine Williams: I often see that women are more reluctant to put themselves forward for leadership positions, promotions and prizes. That may be due to children-related commitments, unpredictable schedules or a general lack of self-confidence. Sometimes women take themselves out of the running when they are equally or more competitive than their male colleagues.

Sometimes when I’m speaking to younger female students about these kinds of gender issues, I’ll ask them to look back into their emails and check how many times they’ve used the word just. For example, “I just want to say…” or, “I just want to add…” There’s an apologetic tone that women often use that contributes to under-representing their achievements and capabilities.

Rima Al-awar: In both the pharmaceutical industry and in academia, I have seen women reluctant to ask for opportunities. In addition to that, women sometimes fail to articulate the challenges that they’ve overcome to arrive at the final objective. They underplay their accomplishments by saying “we” when describing their work more often than many men who use “I” all too often. This makes a difference.

CW: I was also coached to say “we” less and “I” slightly more often because of that reason. Women are generally good at collaborating and acknowledging other people, but not always good at highlighting their own contributions.

Nicole Baryla: Women perhaps underrepresent their contributions at work, especially during performance management time. While working in the pharmaceutical industry, I learned that your performance report is the main tool used by senior leadership in your evaluation. I quickly had to master how to articulate my impact by reporting on the issues I faced and how I overcame them. At OICR and FACIT, I’ve encouraged my colleagues to think more about the impact of their work rather than simply what was completed. I think it is imperative for women to learn how to recognize and express the impact of their work.

What social norms and attitudes contribute to these challenges?

Michelle Brazas: Sometimes the leader, or decision maker doesn’t intuitively look for a woman to put forward for opportunities. If your mindset isn’t accustomed to recognizing and identifying a talented female to put in that position, the louder voices, often of men, are put forward first. I think there is a lot of unconscious bias that contributes to this issue.

CW: Academia provides good training for speaking your mind. In academia, engaging in intellectual debate and challenging ideas is the norm. This confidence, coming from a woman, doesn’t necessarily translate to other environments outside of academia; it may be seen as too aggressive.

Isabel Alves: These biases and stereotypes are compounded by the lack of visibility of women in science. The media doesn’t adequately promote the success of women in science. Often this lack is blanketed with the excuse, “I couldn’t find them.” As in, women are not invited to present at scientific meetings as much as men because there just aren’t as many women scientists. That’s just not true. Ed Young, a scientific writer, recently wrote an article discussing fixing the gender imbalances in his own science stories. He hadn’t realized that he was inviting far more men than women to his interviews, and quoting far more men in his stories. Upon this realization, he made the effort to contact women scientists more. He refused the excuse of, “I couldn’t find them”. He embraced that he wasn’t looking hard enough. If we don’t make the effort and if we don’t teach society to make the effort to look for silent voices, then we are going to continue doing what we are doing – underappreciating women’s contributions in science. 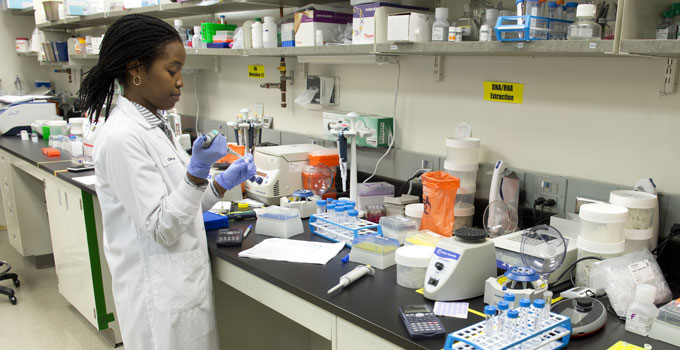 This discussion is continued in the second part of this two-part story on women in science.