News and Media
Ask an expert: How are new cancer drugs created?
Cancer drugs help millions of people every year by assisting them in living longer or by reducing side effects or symptoms. In some cases, cancer drugs can even prevent cancers from developing. But cancer drugs take a long time to carefully develop and test, and the process is expensive. We asked Dr. David Uehling, Scientific Advisor and Group Leader, Medicinal Chemistry Group in the Drug Discovery Program at OICR, to help explain the process and its challenges. 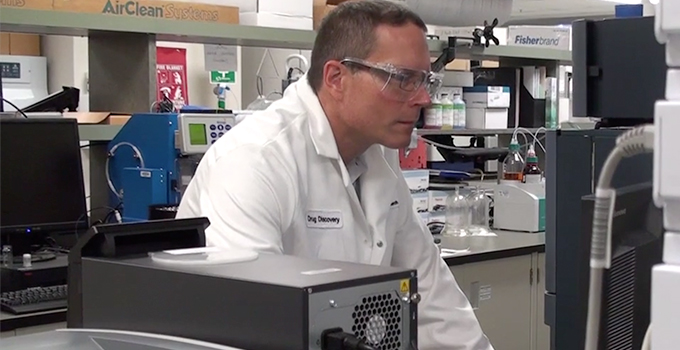 Cancer drugs help millions of people every year by assisting them in living longer or by reducing side effects or symptoms. In some cases, cancer drugs can even prevent cancers from developing. But cancer drugs take a long time to carefully develop and test, and the process is expensive. We asked Dr. David Uehling, Scientific Advisor and Group Leader, Medicinal Chemistry Group in the Drug Discovery Program at OICR, to help explain the process and its challenges.

The first step in finding a drug for cancer is to identify a “target” in the tumour cell that makes it different from a normal cell. Most targets are proteins that are either mutated or present in abnormally high amounts in tumour compared to normal cells. When a target of interest is identified, a team of scientists begins further investigations to see if it is suitable for developing a drug against it. Biologists on the team first determine if the target is “valid” by seeing if eliminating the target protein using molecular biology techniques kills or at least stops the cancer cell from growing. This is called “knocking out” the protein. Then, medicinal and computational chemists determine if the target is “druggable”, that is, does it have a pocket that a chemical drug can bind to and stop the target from working in the cell?

If the target is determined to be validated and druggable, screens are then developed to find chemical compounds that bind to and block it. We refer to these molecules as “hits”. Medicinal chemists then decide which hits to develop and begin designing chemical modifications of their structure. The best new compounds are subjected to further tests, and whichever ones succeed are called “leads”. The final, but most intensive phase of an early drug discovery project is a “lead optimization” phase in which specific drug analogs are evaluated in many different tests to determine their promise. A lead which is highly potent, selective for the target (i.e., doesn’t interfere with other normal proteins in the body), is distributed into the body in a predictable way, and can stop cancer cells from growing in a living system – all while showing a suitable margin of safety – is then selected as a clinical candidate.

Discovering a drug therefore requires lots of trial and error, lots of failure and lots of perseverance to be successful.

After a clinical candidate is discovered, chemists then make it in large quantities for tests to determine that it is suitable for dosing in patients. Usually this phase of the project takes a year and includes an extensive additional battery of tests to determine its safety margin. An extremely exciting phase of the project is when the drug is first tested in cancer patients. This is called a Phase I clinical trial. Here, the drug is not only tested to see if it is well-tolerated (doesn’t cause too many side-effects) but also tested to see if it inhibits the target in people. If the drug is performing as expected, it continues to be tested in more advanced phase II and III studies where critical endpoints of tumour growth inhibition and patient survival are measured. The clinical endpoints to measure this are extremely rigorous and only approximately one in 20 cancer drug candidates succeed in making it through these phases to the market. Discovering a drug therefore requires lots of trial and error, lots of failure and lots of perseverance to be successful. Ultimately, however, all this work is worth it because it because we know it can help people to live longer, healthier lives. 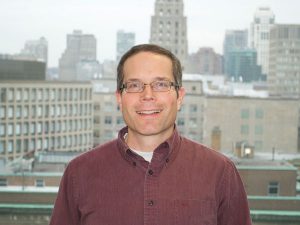