News and Media
Award-winning co-op student makes her mark on pancreatic cancer research
Undergrad Laura Bumbulis was named the University of Waterloo Faculty of Mathematics Co-op Student of the Year for her work with OICR.

Undergrad Laura Bumbulis was named the University of Waterloo Faculty of Mathematics Co-op Student of the Year for her work with OICR.

Not bad for someone who hadn’t studied biology since Grade 11.

Bumbulis joined OICR in the summer of 2021 as an undergraduate student from the University of Waterloo’s Faculty of Mathematics.

“I wasn’t always interested in health sciences, but my interest grew from wanting to have a positive impact on society,” says Bumbulis, who is studying for a double major in statistics and combinatorics/optimization.

At OICR, Bumbulis was tasked with learning how to analyze genome sequencing data and automate PanCuRx’s data analysis workflow. She finished that with time to spare ⁠— while helping streamline the team’s data analysis process ⁠— and was given the more challenging job of studying genetic mutation patterns in tumour samples that were exposed to chemotherapy.

Bumbulis excelled once again, implementing a new algorithm that identified mutation patterns the team hadn’t previously been able to find, providing new insight on how pancreatic adenocarcinoma develops. This work will be written up and submitted for publication and Bumbulis will be named as an author.

Bumbulis’ ability to learn on the fly and apply her knowledge of informatics to solve complex problems earned praise from her supervisors.

“Laura far exceeded our expectations during her work term,” says Dr. Faiyaz Notta, who co-leads the PanCuRx program with Dr. Steven Gallinger. “She worked on highly technical projects that are far beyond what can usually be accomplished in a co-op term.”

Her achievements also earned her recognition from her university, which named her the Faculty of Mathematics Co-op Student of the Year.

Bumbulis is proud she was able to quickly brush up on the science, despite not having a background in biology, and contribute to the program’s important work. She credits the PanCuRx team for supporting her and helping build her confidence.

She expects to complete her undergraduate program in 2023 and then plans to pursue a research-based master’s degree, and she says her experience at OICR will serve her well.

“It was really exciting to have that view into cancer research,” she says, “and it was inspiring to see how everyone’s work was making an impact on people’s lives.” 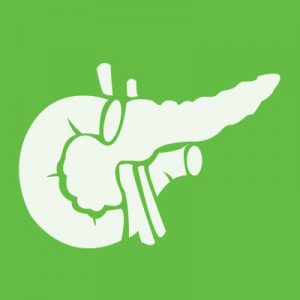