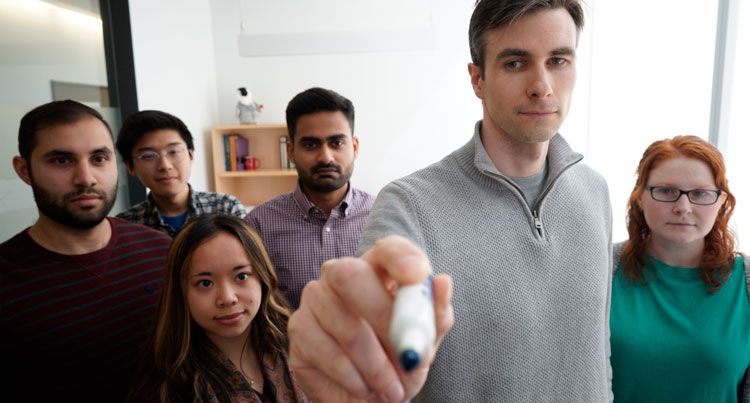 There are five categories of investigators supported:

The amount and duration of an OICR Investigator Award varies depending on the designation of the award. An initial six year award term will apply to Investigators or clinician scientists in the first five years of their career. All other awards will be for a five year term.

While the awards have been developed to reflect competitive compensation packages, the host institution and the awardee may determine the allotment of the award to cover expenses. OICR Investigator Awards can be used for salary, benefits, office support, travel, stipends for trainees, and other research-related expenses. There is no overhead included in the Investigator Award.

Investigator Awards are renewable, subject to favourable review by the Retention and Promotion Committee, OICR Board of Directors approval and sustained OICR funding in the future.

How to nominate a candidate

The strategic allocation of OICR Investigator Awards is critical to the success of OICR. The OICR Investigator Awards Program is not an open competition. OICR will identify recruitment needs that target essential expertise, including instances where leading and promising young scientists require support to be retained in or recruited to Ontario, and where clinical experts are vital to the translational mission of the Institute. OICR will co-develop and co-fund a recruitment strategy with partner institutions in the province.

Institutes are encouraged to contact the OICR Scientific Secretariat regarding outstanding translational cancer research scientists who would be a strong candidate for the Investigator Awards Program. Co-funding strategies with the candidate’s host institute, or other sources, are welcomed. Candidates who are deemed appropriate for an award by the OICR Executive team will be required to submit an application for further evaluation.