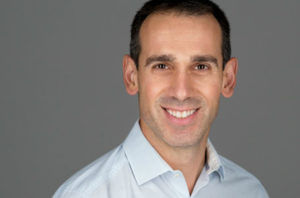 Dr. David Palma’s research focuses on new imaging technologies used with radiotherapy to improve tumour targeting and to deliver higher doses of radiotherapy than previously possible, and new imaging methods that can better assess response after treatment. Palma is involved in several cutting-edge clinical trials. He co-led the SABR-COMET randomized trial assessing the role of stereotactic radiotherapy in oligometastatic disease, which demonstrated benefits to ablating metastases with radiation. He also co-led the ORATOR trial, comparing transoral robotic surgery versus precision radiation for cancers of the tonsil and base of tongue, which showed that quality of life with modern radiation techniques was better than with robotic surgery. Palma leads and co-leads the follow-up randomized trials SABR-COMET-10 and ORATOR2. Palma also chairs the Canadian Pulmonary Radiotherapy Investigators Group, which runs radiation-related lung cancer clinical trials and includes central collection of all imaging studies.

Palma’s work also focuses on empowering patients to seek out high-quality cancer care. He is the author of the best-selling book ‘Taking Charge of Cancer: What You Need to Know to Get the Best Treatment’.