Over nearly half a century researching medical imaging, Dr. Martin Yaffe has literally changed the way we see breast cancer.

He has pioneered new technologies like digital mammography that revolutionized breast cancer screening, and he continues to push forward innovations to detect cancer earlier and diagnose it more precisely.

Dr. Yaffe’s contributions to detecting cancer started back when he was a PhD student at the University of Toronto in the 1970s. Computed tomography (CT) was just being introduced at the time, and he worked on developing some of the underlying hardware for the CT scan, which remains one of the most versatile tools for diagnosing illness.

Then in the early 2000s, after years of research and development, Dr. Yaffe and his collaborators introduced a technique to capture digital images from mammograms. In a huge clinical trial published in the New England Journal of Medicine, they showed that digital mammography was more accurate than film, bringing about a seismic shift in breast cancer screening.

“Since then, nearly all breast imaging done almost everywhere in the world is digital,” Dr. Yaffe says.

Dr. Yaffe’s latest project aims to shine light on some of the hardest-to-find breast cancers.

By studying breast density, he found that having dense, fibrous breast tissue puts women at higher risk of developing breast cancer and makes cancer harder to see in standard mammograms.

So Dr. Yaffe’s lab developed a tool that uses artificial intelligence to analyze mammograms and predict the chances that a woman’s breast tissue is “masking” underlying cancer.

In a study funded by OICR’s Pre-Clinical Acceleration Team Awards (Pre-CATA), the tool will be tested in six sites across Europe and North America beginning in the next few months.

Dr. Yaffe hopes this technology will lead to a more precise approach to breast cancer screening. Women with a higher risk of masking can be sent for additional screening, reducing the chances of missing cancers without sending all women for unnecessary and expensive testing.

“If we can identify the group of women who are at high risk and would benefit from other types of imaging, then we’ve done something good,” he says.

Dr. Yaffe’s research has earned him several accolades over the years, including an honourary doctorate and an appointment to the Order of Canada. Just a few months ago, he was named to the Royal Society of Canada, one of the country’s highest individual honours in the arts and sciences.

While he appreciates the recognition, he says his motivation comes from improving outcomes for women with breast cancer. Mortality rates for breast cancer have been declining since the 1980s thanks in large part to improvements in screening.

“If a woman participates in an early detection program, chances are her breast cancer is going to be found earlier, smaller, and she will be less likely to die,” Dr. Yaffe says.

He’s also inspired by his colleagues and by seeing how researchers from different disciplines work together. He is currently collaborating across OICR on projects comparing the biomarker and molecular signatures of tumour cells with biomarkers derived from breast imaging.

“It’s a wonderful environment at OICR,” he says. “I get to work with smart, creative people with lots of enthusiasm and great ideas.”

Nearly five decades into his career, Dr. Yaffe helped cancer care evolve from a “blunt” approach where everyone gets the same intervention, to an increasingly precision approach where care is tailored to an individual’s unique needs.

“I think precision medicine is the right way to go and I’m excited about it,” he says. “It has been gratifying to be a part of what has happened so far [and] sometimes I wish I was 30 years younger so I can see everything that is going to happen next.” 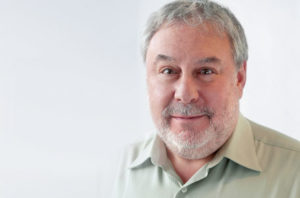 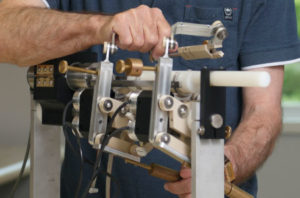