News and Media
What can we do to better support women in science?
At OICR and FACIT, women play a vital role in both ground-breaking cancer research and leading innovations from the lab to the marketplace – benefitting patients and the Ontario economy. In the first part of this two part series, female executives, leaders, directors, and scientists from OICR and FACIT shared their perspectives on challenges facing women in science. Now they discuss what can be done to address these challenges. 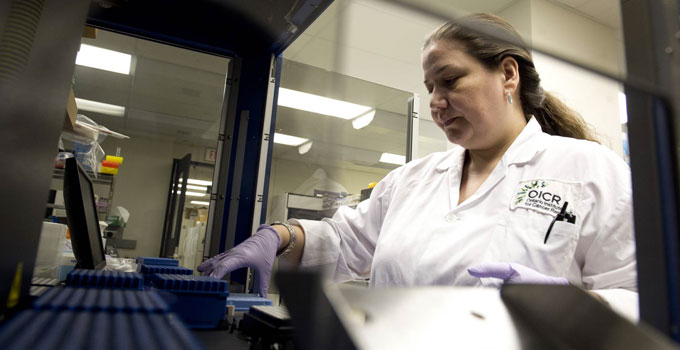 At OICR and FACIT, women play a vital role in both ground-breaking cancer research and leading innovations from the lab to the marketplace – benefitting patients and the Ontario economy. In the first part of this two part series, female executives, leaders, directors, and scientists from OICR and FACIT shared their perspectives on challenges facing women in science. Now they discuss what can be done to address these challenges.

Despite the advances made in recent years, achieving equality and parity in science remains a significant challenge for policy-makers, organizations and the scientific community at large. We spoke with a panel of women from OICR and FACIT about the approaches to parity in science, discussing strategies and changes to better represent and support women.

Included in the panel was:

This discussion is a continuation of a two-part story on women in science. Read part one here.

What can we do to better represent women in science?

Isabel Alves: The visibility on women in science has to start at an early age, as kids begin to have perceptions on stereotypes from the age of six or seven.  In science communications, we should be showing students that there are many female researchers. Seeing both women and men in a research environment from a young age can help correct stereotypes. From the scientific communications point of view, we can make the effort to show there are a lot of women in this building, acknowledge the bias in discussing male or female scientists, and make the effort to reach out to female researchers while showcasing them – even on our website.

Nicole Baryla: And it is not just in science that underrepresentation is an issue. From a business perspective, women are also underrepresented at partnering and business meetings. In this industry, you often see females playing a supportive role. To show young girls all the viable career options available to them, the number of women in leadership positions needs to keep increasing.

Christine Williams: My postdoc supervisor and both of my PhD co-supervisors were women. I’m sure that had a major influence on me because you see strong, successful women in those research positions. It’s critical for women to mentor other women. 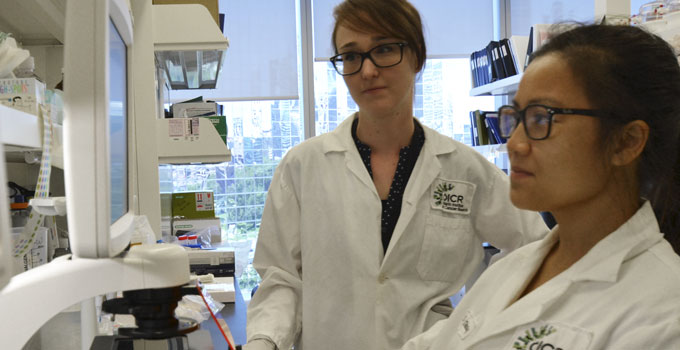 That begs the question, what can we do to better support women in science?

Rima Al-awar: Women who are already in science should continue to help qualified women get further ahead. I often find that successful scientists that advanced quickly within an organization are the ones who had a committed mentor and champion, someone who would always put forth their name when opportunities arose. I think that women are the best ones to give that advice to other women because they are the ones who have gone through similar challenges – especially when it comes to trying to balance work and life. This applies to both male and female scientists. Mentoring and championing good scientists is something we have to keep doing.

NB: I completely agree with Rima. Whether it’s a female champion or a male champion, it is extremely beneficial to have someone more senior than you at the organization that recognizes your talent. I think that sometimes it can get quite cut-throat because promotions and opportunities may be limited. I find that women need to advocate for other women, rather than competing. It is better to have female colleagues aligned and on each other’s side as it provides an even stronger voice for communicating accomplishments and impact.

In countries with greater gender equality, girls tend to have more positive attitudes and confidence about mathematics and the gender gap in achievement in the subject is smaller.1

What can organizations do about these barriers?

Michelle Brazas: Some companies set diversity quotas for a better gender balance. I appreciate these efforts, but I dislike the rigid goals, and target metrics in this regard. These targets may actually be encouraging gender discrepancies because males are left out of the equation. Additionally, quotas raise the concern that individuals are not appointed to positions based on merit.

CW: There has to be a multifaceted approach. Recently, the Globe and Mail’s senior science reporter André Picard turned down a speaking engagement because there were ten people on the panel, yet there were no women panelists.

MB: It’s interesting that similar situations happen here. [OICR] programs interview and hire people with panels. A female candidate may come into an all-male panel. This disadvantages her because her questions tend to be tougher, her responses may be presented differently, and she is likely self-conscious of being the lone female in the room. 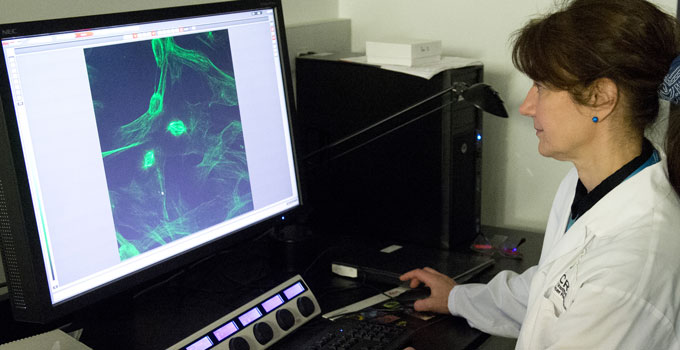 CW: In those situations, you’re not seeing the full potential in female colleagues. In fact, Rima is OICR’s only internal female PI. If you look at OICR’s scientific leadership council, there are also very few women. We have good gender balance at the executive level, but haven’t achieved that at the scientific program leadership level.

MB: From this conversation, it seems like there are things that women themselves need to be doing. This includes learning about our own skills and tendencies, speaking up and raising our voices. But the social climate may also be hindering women from achieving their potential.  So while there is a need for women to champion themselves, take on mentors and speak up, there is also a need for the continued sociocultural climate to change towards better gender parity.

There is no single factor that alone can influence women’s participation, achievement and progression in the STEM field.1 Positive outcomes for women are the result of interactions among factors at the academic and industry levels, and demand engagement from stakeholders at each of these levels.1 OICR is currently investigating ways to address challenges facing women in science and mobilize action toward gender parity.