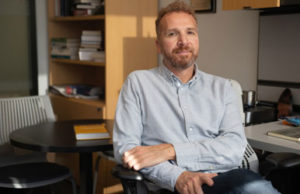 Dr. Awadalla and his team focus on the development of genomics approaches, model-based tools and population-based approaches to study mutation rates, genome biology and cancer. His team’s research has enabled the development of tools to capture rare or de novo variants and pathways, critical to cancer disease phenotypes and response to therapies. Dr. Awadalla’s main research interests include identifying genomic determinants of blood disorders and cancers, understanding mutation and recombination biology and genomic epidemiology of age-related disorders in population cohorts. He leads Canada’s largest longitudinal population cohorts to develop precision medicine research and understand the genetic and environmental contributors to disease development.

The Ontario Health Study (OHS) is a long-term health study following the health of more than 230,000 Ontarians collecting data through questionnaires, blood samples and physical measurements. The goal is to build a platform that researchers can use now and decades into the future to better understand the causes of cancer and chronic disease.

The Canadian Partnership for Tomorrow Project

The Canadian Partnership for Tomorrow Project (CPTP) is Canada’s largest group of volunteer research participants (population cohort), built to address key questions about what causes cancer and chronic disease. Over 300,000 Canadians aged 30-74 years have joined CPTP. With a rich collection of data and biosamples, CPTP is an invaluable tool for scientists working to answer important questions for Canadians—questions that could not be addressed otherwise. Access to these data and biosamples is controlled by a set of policies, and managed by the CPTP Access Office.

Advances in genomics over the past several years have given rise to enormous amounts of data. Genomic data from population and clinical cohorts, coupled with vast health and lifestyle data can generate important biological insights in human health, but only if that data can be stored and analyzed in new and more sophisticated ways. Indeed, advances in genomics will be made – or hindered – by bioinformatics analytical capacity.

The Canadian Data Integration Centre (CDIC) will offer “soup to nuts” analytical and bioinformatics support to genomic researchers by providing the software and analytic systems to collect and harmonize data, analyze it and electronically publish the results.